All beautiful gemstones are not born inside the earth’s crust. There are some precious gemstones that surface from within the sea. One such beauty is the coral gemstone. It is a gemstone that evokes a feeling of intense liking due to the intense color it possesses. Since they are formed by living organisms, they fall into the category of organic gemstones.

Throughout history, coral have been associated with many positive attributes and beliefs. Back in the 16th century many people thought that a twig of white or red coral has the capacity to soften a raging tempest. The Romans believed that corals had great magical and medicinal properties and had the power to protect children from danger and keep them hale and hearty. In some parts of Africa, strings of coral were considered to be the most valuable gift a ruler could bestow. It was considered so valuable that people involved in incidences of theft or stolen were given the death penalty. The Chinese and Hindus, held coral in high esteem as it was used to decorate images of their gods. Interestingly, teething rings for the aristocratic Victorian babies was made of coral. 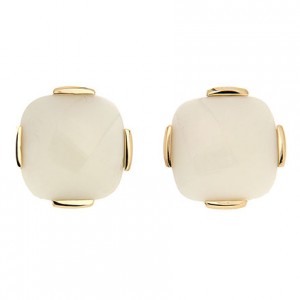 Coral comes in a range of colors and each of them comes with its own distinct quality. Coral can be classified as black coral, pink coral, red coral, gold coral and white coral. Deep red, clear white corals and vivid pink coral are extensively popular. They were widely a part of the ancient Greeks, Romans and Native Americans’ culture. The black and gold corals are relatively a new inclusion. Of all the varieties, the red coral is the most sought after and used coral. They are the most valuable form of coral and deeper the red, the more valuable it is.

As per Indian Vedic Astrology, coral is known to represent the powerful planet Mars (Mangal Grah). Mars is the planet of vitality, zeal, health, passion, aggression, vigor and is the commander-in-chief of the series of nine planets. The red color of Mars is the symbol of blood and perseverance in human life. It is known to possess the power to better the lives of its wearer and to nullify the malefic effects of Mars. In short, it is an astrological remedy to strengthen Mars. However, not everybody should wear coral. Coral should be worn only after consulting a good astrologer as they are mainly recommended to those whose main planet is Mars or who have Mars positioned in an auspicious house in the horoscope.

Coral is known to bless the wearer with ample number of benefits. It is known to help the wearer achieve victory over enemies and adversaries, to overcome laziness and delay in work and to provide the necessary zeal or drive to complete tasks. It is also known to have a great impact on mental health as it helps in overcoming problems like mental depression, fear and nervousness. It is a great gemstone for increasing the energy level and vigor and give the much needed hope and self esteem.

It is known to help the wearer get rid of diseases like ulcer, piles and other brain related diseases. It is known to cure snake or Scorpio bite and even reduces the chances of fever, smallpox, piles etc. Apart from boasting one’s physical strength, it is also known to boast the self-confidence and to give the quality of perseverance and the courage to face any problems in life. It basically improves one’s stability in life. Coral is also known to provide immense relief from knee problems, rheumatism and arthritis. 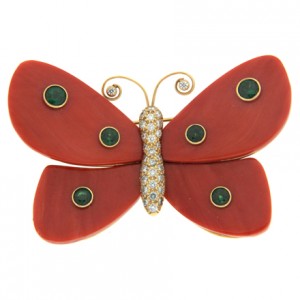 Corals are formed deep under the sea by microscopic, gelatin marine animals which are called coral polyps. They are tiny, soft-bodied creatures which are responsible for the production of minute hard shells. As the skeletons of all the individual polyps grows and deposits to make a colony, it assumes a complex branching, antler-like structure which over time grow from a hand-size fan to a wide continent reef. When the coral polyps die, its hardened skeleton stays which is then used as a gemstone.

Coral is today widely used in jewelry like necklaces, pendant and as ring gemstone. It is used as beads and are also shaped into flowers for use as pins and brooches. Branches of coral are also used as spiky and dangling neck pieces.

Coral is mainly found in tropical to subtropical saltwater environments. The Red Sea, the Canary Islands, Malaysian Coast, the Midway Islands, the Taiwan and off the coast of Italy, Hawaii and Australia are some of the many locations where coral can be found. The Italian red coral is considered to be of the finest quality and is in great demand in the jewelry industry.