If you have been keeping a close watch on jewelry trends lately, you’d see a pattern has emerged. The pattern which is rapidly shaping into a trend is upholding the revival of talismans. As more and more jewelry designs turn to mythology and folklores to find themes for their productions, the talisman trend becomes a bit more concrete. Talisman jewelry is becoming a huge thing in the fashion world and this year, we will see it coming out in full swing. 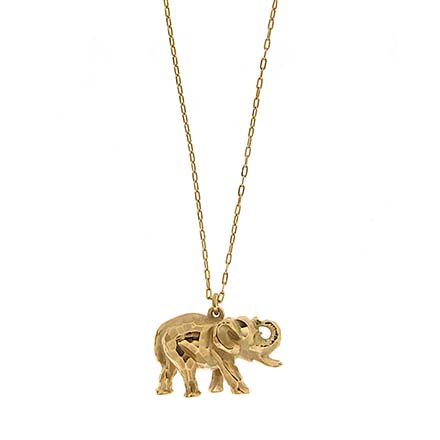 Any idea what I’m talking about? Let me shed some light on the upcoming trend of talisman jewelry. Turns out that when designers were theming their baubles on tribal legends and stories, they were only scratching the surface. From that prodding around, a new trend emerged from the depth of the tribal culture which is getting defined as the talisman jewelry.
So what is it? This is a trend wherein jewelry is designed with tribal themes. Talisman jewelry are replete with tribal signs and symbols. They open up a new dimension and unleash a new kind of forceful energy in everyday jewelry. Those who believe in jewelry are the greatest fans of talisman jewelry.

However, you don’t have to share the beliefs to like these designs. They are mysterious, striking and uncanny to say the least. Bedecked with gems that are as rare as diamonds and rubies, these jewelry pieces feature designs that are inspired by tribal symbols and pictograms.
Those that feature images of scarabs and lions evoke a feeling of protection in some and strength in others. They symbolize power and protection, the two entwined factors that lend force and weight to a character. There are other signs that evoke lighter feelings in the wearers.

They are intricate, mysterious and very striking. Talisman jewelry have aesthetics that match with no other. It is exclusive and unique in its concepts. Talisman jewelry rely solely on tribal images and symbols for inspiration. While some symbols are used as is, others are modified to fit the present-day context.