Platinum and White Gold: How Different Are They 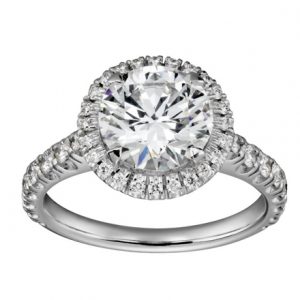 There is very little solution to the dilemma between gold and platinum. Gold is warm and rich, while platinum is starry and shiny. Making the knot tighter, world’s jewelers decided to introduce a new contender to the market, white gold, a match to platinum. Though attention briefly shifted to this new shiny seemingly similar metal, it eventually settled in the in-between spot of befuddlement. Most of us do not take active interest in metallurgy unless of course it’s a profession. So, most of the people went blank when asked to draw a difference between white gold and platinum. You can’t figure that out by yourself with pinpointed information. So, here is some.

The Difference
Any discourse on the differences should be started with the semblances. Both white gold and platinum are heavy metals, they are white and undeniably valuable. So, where is the difference? A reference to the Periodic table from 8th grade has to be made to make the narrative illustrative. In the Periodic Table, both gold and platinum occur in the heavy metal section. The amount of metals other than pure gold available in gold brightens or dims the yellow color of the metal.
White metal is made from an alloy of gold, silver and palladium. Another combination that achieves white gold is gold, copper, nickel and zinc. All white gold ornaments are made to wear a rhodium plate on top to give the metal a white shine, brightness and hardness.
As for platinum, it is about 40 to 60% greater in weight than gold itself. It has greater density and is highly malleable. It is hard to the point that it doesn’t scratch. However, the striking difference which draws the line between gold and platinum is the purity of the metal. Platinum is almost never alloyed more than a 9:1 ratio. That kind of a mixing proportion makes it hypoallergenic, and hence a skin friendly material. Platinum, as a metal is trickier to beat and cast because of its higher melting point.

Why Platinum Ornaments Are More Expensive Than White Gold
If both are alloyed and both are heavy metals that are found in trace amounts when compared to commonly mined metals, why then one is more expensive than another. For one, platinum makes a costlier one because it is denser and that, by norm, makes it heavier. Secondly, platinum occurs in nature lesser than gold and that makes it a rarer metal.

For a platinum ornament, the buyers pay for 90 to 95% platinum in its purest form, while for a golden piece, they pay for only 58% gold and rest for other invaluable components. Lastly, as mentioned earlier, platinum’s very high melting point makes it a difficult metal to make jewelry. It requires particular gases and special equipment that ramp up the cost of production.

The metals are very different from one another. Even their care regimes are different. That explains the wide gap in the pricing of both.