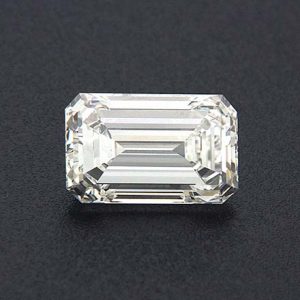 Have you ever fantasized holding a diamond the size of a Rubik’s cube in your hand? Coal miners and lapidaries have more luck at it than an ordinary person with no connection with coal mines and diamond cutting. However, someone interested in diamonds would be thrilled to know that the diamond miners of Alrosa, exploited not one, but three over 200 carat diamonds last year. This is for your information that diamonds as large as these is not very common to come by, in one piece, even in coal quarries. However, looks like it was a lucky year for the Russian diamond mining company that found these massive stones.

Under the Jeweler’s Loupe
Frankly, a diamond in the rough hardly has the shine and glitter of one that is cut, polished and readied to be used in an ornament. From a distance, a diamond that big looks like a translucent rock. However, one cannot attach the word “ordinary” to a diamond even when it is uncut because it has a precious and rare feel about it even in its most rudimentary form. All the stones discovered by Alrosa miners are pretty big and even though they don’t look identical because of their different forms, they overall have the same color and clarity. The lapidary who processed the stone must have felt the weight when holding it between his/her fingers.

Facts and Figures
Getting down to the stats, the three stones discovered were incidentally found in three subsequent months. The first one occurred in May, last year, while the other two in the following months. The first and the third one weighs 207 and 214 carats. The heaviest one however is 241 carats. Remarkably, each of the stones were mined from Russian reserves. It may struck surprising from the figures, but these are nowhere close to the largest diamond ever mined from this planet. That one was 3000 carats and we can only imagine its enormity in our minds and possibly catch a glimpse on the Internet.

The Winning Bid
So, the immediate question that fans curiosity is how much does one such diamond cost. Frankly, that would be a little difficult to answer because the costs depend on a whole array of factors. Records state that a certain 1,100 carat diamond managed to fetch $61 mil at an auction. Surprisingly, the asking price of the stone was a whopping $70 million. The winning bid was $9 million shy of the asked figure. As for these stones, their market worth is still unknown. Probably, in the near future, when they leave the laboratory to see the light of day at an auction room, a story shall be written.