A first lady, as the wife of the president has enormous responsibilities that equal to no other public figure. Her first job, after her husband takes office is to fill in the shoes of the woman who the nation looks up to with respect for her strength, courage, propriety and righteousness. She has to be correct in her comments, precise in her statements, prudent in her remarks, judicious in her advices and indisputable in her actions. While that’s only one half of the responsibilities, the other half is to appear suave and perfect whenever seen in public. An accidental wrong tilt of a hat, a skirt too short or a blouse too casual can bring her instant infamy. But, luckily for us, there have been enough First Ladies who have stood tall in their roles and responsibilities while exhibiting a stunner sense of fashion. Today, let’s take a look at some of the finest jewelry ever sported by the First Ladies of the United States. 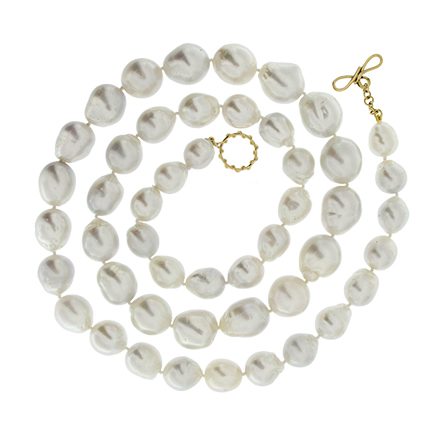 Hillary Clinton’s 4.25 Carat Kahn Canary Rough Diamond
Hillary Clinton tops the list with her 4.25 carat Kahn Canary rough diamond which she wore to her husband’s inaugurations. Photographed wearing this sterling piece of jewelry twice, Clinton’s diamond bears the name of Stan Kahn. The diamond came from a local mine called the Crater of Diamonds Date Park which makes her style statement highly patriotic in essence.

Michelle Obama’s Recycled Wood Jewelry
Michelle Obama is a first lady who is truly loved by the people of the country. She is loved for her virtues which are many. Among other things, women adore her for her remarkable sense of style. She owns a wide collection of statement jewelry which is high on variety. Some of which are eco-friendly and curved from recycled items like fallen trees in her lawn and such.

Barbara Bush’s Elegant Faux Pearl Suite
Barbara Bush wore her jewelry to chiefly send out something of a political statement. Her pearl necklace caught eyes instantly and sent out a direct philanthropic message as soon as she revealed that it is made of faux pearls.

Jackie Kennedy’s Pearls
Pearls are the signature of First Ladies in the US. Jackie Kennedy was no exception to this. The former First Lady wore single row pearl necklaces many times when making public appearances singly or beside her husband. Thanks to her, pearls are a thing of luxury fashion even today.