Wedding Bands Over the Years

Wedding bands are a sign of commitment to another. Everything from their shape to the finger they’re worn on has special meaning. As a tradition, they’re thousands of years old. The jewelry itself keeps transforming, from the materials used to decorations and even who wears them. 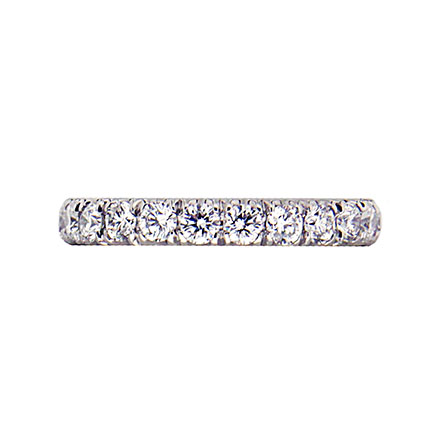 The oldest known wedding bands hail from ancient Egypt, made from braided reeds. The closed loop of the ring represented endless love between the couple. They went over the fourth finger of the left hand. This was the location of the vena amoris, a vein said to lead straight to the heart.

By the Middle Ages, metal became the preferred medium for rings. Religious symbols were popular wedding band motifs. Elaborate versions might have words or imagery engraved onto the band or depicted in enamel. Others featured geometric constructions with holy symbols where jewels would go today.

Fede rings feature two hands clasped together. The design dates to the Roman empire and persists to this day. Medieval, Renaissance and even 18th century versions were used for wedding bands. Elaborated versions held engraved messages of love and unity.

Gimmel rings are made of two or three shanks which combine to make a single band. Traditionally, both members of a couple wore parts of the ring during engagement. At the marriage ceremony, the bands joined to become the woman’s wedding ring. Gimmel rings enjoyed heydays during the Renaissance, Victorian and Edwardian eras. Earlier versions were plain metal while later designs feature diamonds.

As diamond availability grew, they appeared on more and more jewelry. Advances in cutting allow even the smallest rough a chance at faceting. The increased number of tiny diamonds allowed for new ring styles. Sometimes they appear as band accents, or part of the overall look, like eternity bands or pave wedding bands.

In countries like the United States, diamond wedding bands for women are sought after. A modern take is diamond bands for both members of the couple. They can have coordinating looks or can be styled to fit individual taste. As with the earliest rings, most are still circular, worn over the vena amoris.