Should the Diamond Engagement Ring be a Solitaire or Diamond Band?

Opinions remain divided and debates are being raged among countless hassled grooms over the divisive topic of finding the perfect diamond engagement ring. Should it be a stunning solitaire or a gleaming band of diamonds, the plausibility and popularity of both these varieties have intrigued men since a long, long time. Choosing the right ring for your bride certainly calls for extensive planning on the twin turfs of finance as well as fashion. Take a look at the two most popular choices of diamond solitaire and diamond band to narrow down your options before you decide the final one. 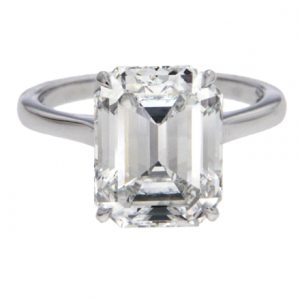 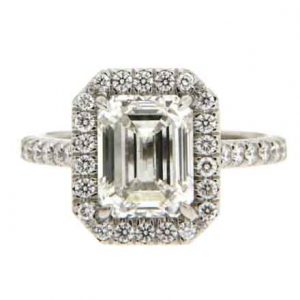 In a diamond band, a number of smaller diamonds are channel or pavé set on the metal band to create a continuous band of sparkle. In a pavé set diamond ring, barely visible claw-shaped prongs hold the tiny diamonds. With channel setting, the diamonds are placed side by side between the dual tracks of metal. Round cut diamond is usually the preferred choice in pavé diamond band for crafting an illusion of radiance across the entire surface of the ring. With the princess, radiant or emerald cut diamonds, a channel set diamond engagement ring brings an effect of a continuous silhouette of gliding diamonds.

Comfort Factor
Before your get down on bended knee with a ring that may not turn out be a practical choice for her, consider your fiancée’s lifestyle. It is another important decision-making factor. In general, solitaire diamonds sit higher above the band to catch the light easily for a sublime sparkle. Hence, a taller prong set solitaire can often snag on clothes and trap threads or lint.

On the other hand, diamond bands are smooth set on the band of the ring, making them extremely comfortable for daily wear. Their typical lower profile makes them suitable for everyone.
Weigh the pros and cons of each of these fashionable styles to find the perfect for your future bride.