A Closer Look at the Micro PavéTechnique with Some Stunning Examples 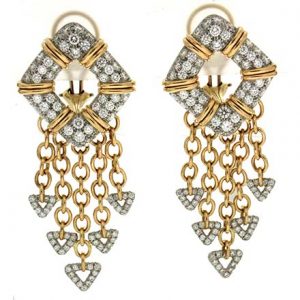 Every ornament design has a preferred setting that cradles the stones. Micro pavé is one such setting, more precisely the technique by which the stones are secured and inlaid within the contours and crevices of jewelry. The technique is dedicated for smaller gemstones that are spread out over multiple strips on a concerned piece of jewelry. Micro pave is all about precision because it brings out the final perfection. It requires high magnification. While it is quite a work of visual clarity and hand-eye coordination, there is no other way to go about it than manual.

More about Micro Pavé
Micro pavé is known around the world by variations of names, like micro-set, mini pavé, microscopic pavé, etc. Interestingly, micro pavé is categorized as a kind of macro or regular pavé, but not any type of pave would fit the micro technique. The term pavé is a French derivative meaning detailed placement of cobblestones by the side of the street, just as is commonly seen in European alleys and lanes. The term found a place in jewelry designing because of the quality of precision and intricacy involved in the handiwork. 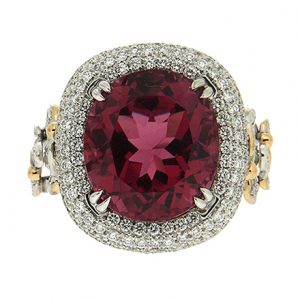 The most obvious difference between the two settings is the size of stones. Micro pavé involves installation of smaller stones and it uses stones of only one size for a design. Whatever size of stone is chosen to be integrated through this technique, it never must exceed 1.4 mm. Micro pavé is used for designs that have a facet curved at a 60 degree angle. In some cases, the tilt is an acute angle. Micro pavé uses designs that have rows but no separations in between. The lines are usually intertwined to form a honeycomb pattern. The stone work in a Micro pavé is normally very dense.

Micro Pavé Wedding Bands
Bands that use micro pavé stone settings are naturally prettier than most other settings. The rings that are gemmed with colored baguettes and French cut diamonds conjure a beautiful sight, especially when they use colorless diamond stones. Another exclusively designed wedding band is the one that uses rubies on the top and bottom instead of the front. It creates a rare red halo around the band. Another spectacular micro pavé band is the design that uses two accentuated rows of full cut diamonds on the sides and a belt of buffed top, blood red rubies in the middle.