Abstracts That Counter the Works of A Creative Jewelry Designer

A piece of jewel displayed on the shelf of an up-class store garners attention by the virtue of only one thing, and that is its design. It is the design alone that triggers the buying impulse of a potential customer. As it turns out, one can’t possibly ignore, nor negate the qualitative factors such as the metal, purity, lasting potency, resell value and others, but it all starts at the aesthetics. From a jeweler’s and designer’s line of perspective, there are some key challenges that have to be dealt with to get to the part of casting out a very unique product. 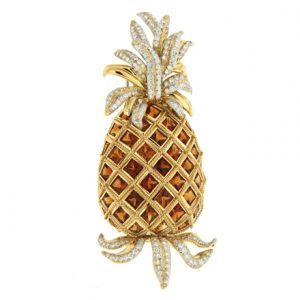 Create, not Imitate: It is a compulsive and constant pressure on all designers to create something out of sheer imagination. They fight tooth and nail to cook up something that is anything but typecast, very unique. However, an artist can do little but draw inspirations from the works of others. But, that does not matter as long as the product has novelty in the larger landscape.

Appeal to One and All: Yes, a piece of jewel is destined to be beheld by a global audience only when it has a universal design. The design should be such that it charms people of all ages, with varied taste and of course fenced by variable budgets.

Practicality and Possibility: Drafting a design is not set with the limitations of making. So, a designer has to respect that, and it often taxes the works of imagination. Gold, platinum, silver, etc., are mostly fairly malleable which is why they are chosen to be beaten into intricate designs. Despite, they have their respective tensile limits and the concept of the design has to abide by that.

Design That Bears It’s Weight Down the Timeline: Every jeweler aims to draft a design that for starters, stands the test of time with a bold face. Thinking practically, it is not really possible to craft a piece of jewel that is timeless in the truest sense. It would either be passed down the generations to a time when it would be valued for its antiquity, or it would eventually lose its appeal and come to be reused in the making of another piece. At least, the first treatment sounds fairer.

The Price Tag Bar: Yes, and finally the saying “all’s well that ends well” applies befittingly to this. A jeweler has to know their boundaries beyond which is the risk zone. The ultimate purpose behind making a piece of jewel is to sell it for a reasonable price. So, the price tag should accommodate the worth of concept, metal, technology, handiwork, and of course the profit.