Variations on a Triangle Diamond

One Shape with Many Appearances 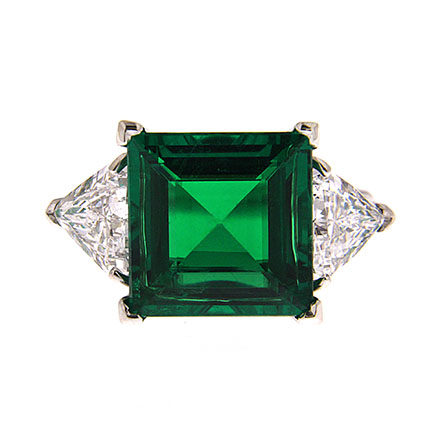 Triangular diamonds are commonly used as side stones on diamond rings. Those who enjoy less conventional diamond engagement rings may choose one as their central jewel. There is no one way to wear a triangular diamond. Likewise, there is no single method to cut them. Even their outlines vary.

Some diamond shapes are more popular than others, such as circles and squares. However, when cutting a diamond, it’s important not to sacrifice too much weight. The shape of the original crystal often informs the cut diamond’s outline. If the rough is triangular, the finished shape may follow suit.

Brilliance, or white light reflected in the gem, is a beloved trait of diamonds. Many cuts came about as a way to further brighten the jewel. Triangular diamonds are no exception. Some companies give their gems names like Trillion or Trilliant to underscore the shine in their cuts. Stones known as triangular or modified fancy brilliants are no less attractive. 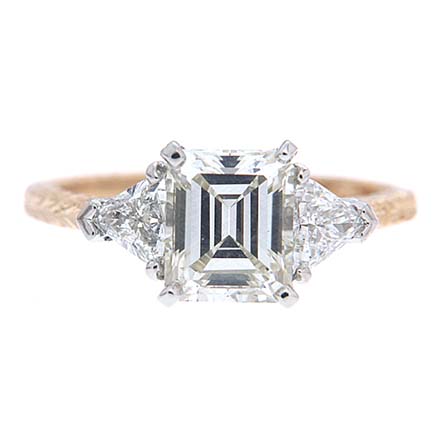 Three-sided gems may have varying appearances. The more common versions have three straight edges with defined points. Other versions may feature slightly curved sides. Triangular diamonds are often equilateral, with each edge the same length.

Less conventional triangular diamonds may play with corners. These may be cropped, transforming points into tiny straight sides. All three may be trimmed, or just two to emulate a shield. Others might have rounded ends, or tips with steeper points than the surrounding sides.