A Tale of Two Asscher Cuts

The Asscher and Royal Asscher Cuts 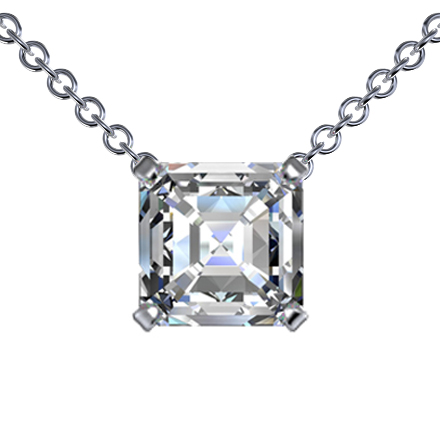 Asscher cut diamonds are jewels developed by the Royal Asscher Diamond Company. They’re step cut gemstones with an unusual design. From above, the facets form an X intersecting nested squares. This look makes them choice jewels for unique engagement rings.

The original Asscher cut premiered in 1902 as an attractive way to preserve carat weight. The stone has fifty-eight facets, with three rows each on its upper and lower halves. Its proportions give it a level of scintillation uncommon in step cut diamonds.

The second cut, known as the Royal Asscher cut, debuted in 2001. Edward Asscher added sixteen extra facets to the bottom of the stone, giving the jewel seventy-four in total. These additions create even more light return than its predecessor.

Both cuts are square with beveled corners. As step cuts, they showcase the jewel’s interior. While their brightness may not be as strong as a round brilliant, they shine in other ways. The luster, or light reflecting from the jewel’s surface, stands out.

When choosing an Asscher cut for your diamond engagement ring, keep its step cut nature in mind. Such stones emphasize clarity and color. Strong grades in these areas are recommended. If possible, ask to see photographs or to see the jewel in person. This provides the chance to see how the gem interacts with light.