Generations of couples have worn diamond rings. They’re used to commemorate important events in a relationship like engagements and weddings. Styles may change and diamond cuts go in and out of popularity, but the custom continues. The tradition is an ancient one, dating back centuries. 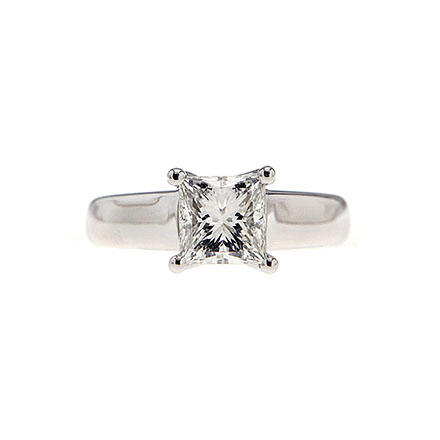 The first engagement rings come from the Roman empire. Brides to be initially wore rings of iron. In later years, they received two bands. Iron rings were worn at home, and gold ones outdoors. To this day, most engagement rings are made of precious metal.

In 1477, Archduke Maximillian of Austria caused a sensation when he gave his fiancée, Mary of Burgundy a diamond engagement ring. He used diamonds and their legendary durability to represent the strength of his love to Mary. Those who could afford it emulated the pair, buying diamond engagement rings for themselves.

During the Victorian era, diamond deposits were discovered in South Africa. The resulting boom increased the number of jewels on the market. With more availability, more people could afford diamond engagement rings and diamond wedding bands. Even today, most of these rings showcase diamonds.