Legends Behind your Diamond Rings

Diamonds have remarkable properties. Its chemical composition makes it the hardest natural substance on earth. This same structure allows for unusual reflective qualities. There’s also centuries worth of lore which makes diamond rings all the more special.

Since 1477, diamonds and romance have been closely linked. This was the year of the first diamond engagement ring. Mary of Burgundy received the ring from her fiancé, Archduke Maximillian of Austria. He chose the jewel and its immense hardness to represent the strength of his love for her. In the twentieth century, advertisements promoted the connection between love and diamonds to new generations. 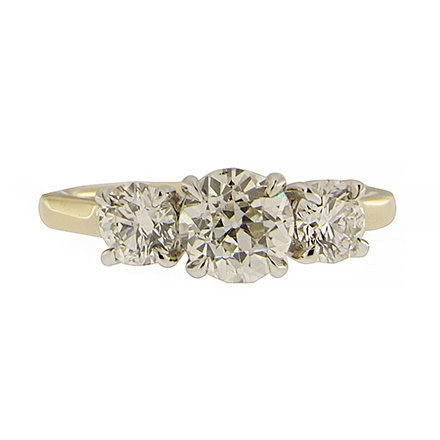 Three stone diamond bands feature gems of the same cut. The jewels are set in a row, with a larger stone in the center and two of the same size on either side. These gems stand for the past, present and future of a couple. This symbolism makes them popular for engagement rings and diamond anniversary bands.

Depending on the time and place, diamonds were linked with courage and invincibility. Wearing the gem meant becoming as brave and unbreakable as it. Other tales gave diamonds celestial origins, crediting thunder or the stars for making the jewel. Due to its gleam, diamonds were also associated with the sun.

Diamond rings also appear in legend. In the tale of Hind Horn, the titular character receives a ring from his fiancé before he travels. The ring alerts him to when his beloved is in trouble. With more help from the ring, the pair marry and live happily ever after. Modern couples may enjoy knowing rings not only represent beauty, but encourage love.