Diamond as a Birthstone for April 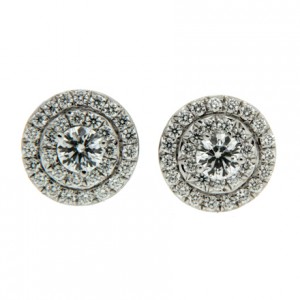 Who doesn’t have a fascination for diamonds? Everybody does! And when the most coveted gemstone in the world shares a deep connection with all April born, it becomes a matter of immense pride for them. Indeed, lucky are those born in the month of April. Diamonds may be a symbol of love and commitment to the general mass, but it is inundated with special powers for people born in the month of April. That diamond is associated with April born is backed by several reasons.

The term ‘diamond’ having come from the Greek word ‘adamas’ which implies ‘invincible’, comply with the very nature of all April born. Known for their strong leadership quality, assertive nature and strong willpower, the April born can very well relate their nature to diamond, the hardest known mineral on Earth and an ultimate symbol of resilience, endurance and courage. It symbolizes above all affection, eternity and everlasting love. Diamonds when worn by those born in April are likely to be extrovert.

Diamond is said to be one of the most mysterious gems as not much is known about its origin. Geologists have come up with several explanations and theories yet the truth is still a matter of much speculation. Diamonds are formed in the mantle, below the earth’s crust. Violent volcanic eruptions bring them to the surface of the earth in volcanic formations like kimberlite or lamproite pipes. They are the primary source of diamond while the secondary source is the alluvial deposits.

Many interesting stories and folklore are associated with diamonds. In Sanskrit, diamonds were known as “vajra” which means lightning. There were stories that diamonds were formed when bolts of lightning struck the rocks. According to Hindu mythology, Indra the king of God used lightning as a weapon. As per the Greeks, the fire radiated by diamond symbolized eternal love. They were also believed to be the tears of God according to some culture.

Diamond is endowed with amazing healing properties. It is known to cure issues related to the brain and the pituitary glands. They are immensely helpful for people suffering from diabetes and tuberculosis. It is also known to suck out the toxins from the body when a crystal heated is taken to bed. In addition, diamonds are known to help the wearer with a long and healthy relationship inundated with love. They are also known to ensure abundance, clarity and balance to the wearer.

Diamond as we all know is the hardest substance found in nature. It is four times harder than corundum, the second hardest substance. Diamonds come in huge varieties which can be broadly classified into translucent, opaque or transparent. They come in a wide range of colors from colorless to sooty black. They come in colors like pink, orange, purple, yellow, red, black and these colors are due to the type of impurities present in the stone.

The 4C’s of Diamond: 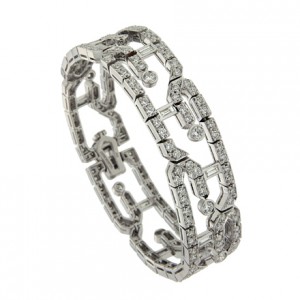 Now that April is just round the corner and so is your birthday, gift yourself a diamond! Before you are out to buy a diamond, you need to make sure that you are well acquainted with the 4C’s of diamond. The 4C’s refers to cut, carat, color and clarity. You also need to ensure that the diamond is certified by renowned diamond laboratories like GIA, AGS, IGI or EGL.

Cut: As widely misinterpreted, cut is not the diamond’s shape, but rather it refers to a diamond’s symmetry, polish and proportions. To put it in simple words, the better the cut of a diamond, the more sparkle it will have. Regardless of the shape (round brilliant, princess, pear, heart, oval, cushion, asscher, marquise, emerald, radiant, etc.) a diamond gets its brilliance and scintillation through the nature of the cut and polish.

Color: Diamonds come in a wide spectrum of colors. However, colorless diamonds or white diamonds which contain little or no color are considered to be the most valued one. The GIA the most trusted diamond laboratory, grades the color in white diamonds from D, which is colorless to Z, which has a tinge of light yellow. The difference may be very subtle and not easily detected with the naked eye, but they make a whole lot of difference to the price.

Clarity: All diamonds are born with tiny imperfections. Clarity refers to the degree at which these imperfections are present in a diamond. Imperfections intervene the light passing through the diamond causing it to lose its brilliance. The fewer the inclusions, the more stunning will be the diamond. The GIA clarity grades range from a scale of flawless to imperfect.

Do not rush into your purchase. Take your time to study the 4Cs and evaluate your choice carefully. After all a diamond is forever, hence for a lifetime of satisfaction and happiness you need to make sure that the best comes your way.