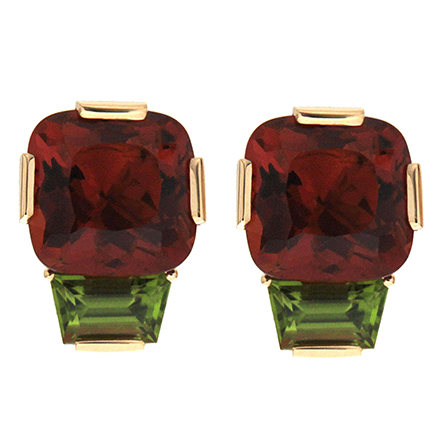 Citrine is a member of the quartz family, making it a close relative to gemstones such as amethyst or rock crystal. What makes citrine stand out from other quartz varieties is its golden hues, which come from traces of iron. The name of the jewel comes from the Latin “citrina,” meaning “yellow.” Its color range also includes golden brown and orange-red hues.

It’s a versatile gemstone, plentiful enough to appear in mass market jewelry, and is of fine enough quality to feature in high end creations. Citrine lends itself well to a variety of cuts, from step cuts which highlight a jewel’s clarity, to brilliant cuts which take advantage of a jewel’s ability to reflect light. Since citrine is available in large carat sizes at affordable prices, some cutters will use the gemstone to experiment with freeform fantasy cuts.

Physical Properties
As with other types of quartz, citrine’s chemical formula is made of one parts silicone and two parts oxygen. It and other quartz is often born from magma, and is a component of igneous rocks such as granite as well as metamorphic stones like gneiss. Citrine may also form in hydrothermal veins or appear in pegmatites.

Citrine has a Mohs hardness of 7, making it sturdy enough to wear on rings and bracelets with little worry. Its crystals are six sided, tipped with six sided pyramids, though twinning is common, making it appear as though two or more crystals are growing out of one another. Citrine has a vitreous, or glassy luster, and is transparent enough for faceting. On rare occasions, citrine may display a cat’s eye or star optical phenomena.

Like other forms of quartz, citrine has a property called piezoelectricity. When pressure is applied to its crystals, an electric charge forms. Quartz may be used as an oscillator whose electrical pulses can be used to measure time. In this way, citrine makes for both a decorative and practical material to place in clocks and wristwatches. Other applications include radios and other electronics, though in these instances the citrine is hidden from view.

While citrine and limonite are both golden forms of quartz with a golden color, citrine they should not be mistaken for one another. Citrine’s yellow occurs when oxygen trades electrons with trace iron elements, forming an intervalence charge transfer which reflects yellow light. Limonite is colored through iron oxides trapped within its crystal.

Sources
Citrine is mined on several continents, such as the Americas, Asia and Africa. It’s found in a number of countries known for their abundance of gemstones, including Brazil, Sri Lanka and Madagascar. While citrine is made in one of two ways, the circumstances in which its mined is diverse.

Sri Lanka citrine is found in gem bearing gravel far from where the jewels originally formed. Stones are usually mined by hand in small scale operations of a few people or just a single miner. The gem gravel is sometimes pulled from rivers, or more often dug from pits. As with other locations, citrine is often found with other gemstones, such as topaz, beryl and other forms of quartz.

In Brazil, citrine is found in the states of Minas Gerais and Paraiba. Unlike Sri Lanka, quartz mining is both large scale and heavily mechanized, dug from shafts hundreds of feet deep. Itrine and other quartz is usually found among other precious stones such as emeralds and tourmaline. Another South American source of note is the Anahi mine in Bolivia, which provides both amethyst and citrine. Due to the way heat distributes in the mine, amethyst may be transformed into citrine.

Citrine Quality
Ideal citrine has no set color. Some tastes lean towards orange hues with traces of brown or red. Others prefer saturated yellows with no hint of brown. Designers may play with tone, preferring lighter jewels for some pieces and darker stones for others. No matter the color, citrine is usually set in yellow gold, the similar hues complimenting one another.

Most citrine on the market is eye-clean, with no visible clarity characteristics to distract from its beauty. It’s plentiful in many carat sizes, from tiny gems which measure by the millimeter to stones weighing dozens of carats. Gemstones weighing over twenty carats may be uncomfortable to wear and too unwieldy to set, so many jewelry pieces aren’t too extravagant with size.

With its Mohs hardness of 7, citrine is sturdy but not too difficult to cut. It may be fashioned into a wide variety of shapes, from traditional outlines like oval, round or square, to more experimental forms. Inverted or other unusual facets may be used to play with light and color within the stone. Citrine is also used to make objects d’art or other carvings. 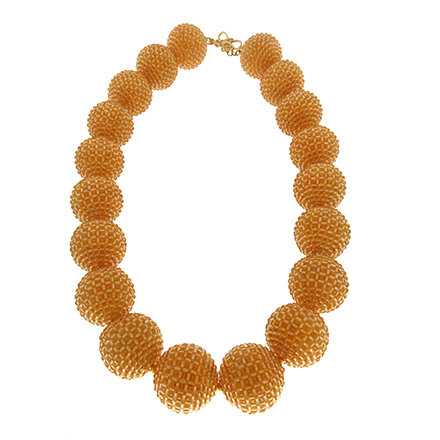 While citrines are hard, they may be susceptible to damage from other quartz stones or harder jewels such as topaz or sapphire. When storing, make sure they’re prevented from rubbing against other jewelry. This may mean placing them in individual compartments, boxes or storage pouches. If the citrines are part of a necklace or bracelet, wrapping them in cloth or tissue paper may help to keep the piece from scratching itself.

It’s also important to keep citrine jewelry in opaque containers. Prolonged exposure to bright lights may cause the jewel to fade. It’s best to take off citrine rings or bracelets before doing household chores, as certain chemicals may impact the gemstone’s color. Sudden temperature shifts may also be harmful to the stone, putting it at risk for fractures.

Ultrasonic cleaners are safe to use on most citrines. Steam cleaning, with its dependence on intense heat and pressure, may do more harm than good to the gemstone. Warm water with soap and a lint free cloth can be used without worry on citrine jewelry.