A type of chrysoberyl, alexandrite is famed for its ability to change color under different lighting. Depending on the crystal, it may also feature inclusions that create a cat’s eye effect, not matter its current hue. Alexandrite was discovered in 1830, much later than other jewels such as diamonds and emeralds. As it was found in the Ural Mountains of Russia, it was named in honor of Alexander II, then-heir to the throne. 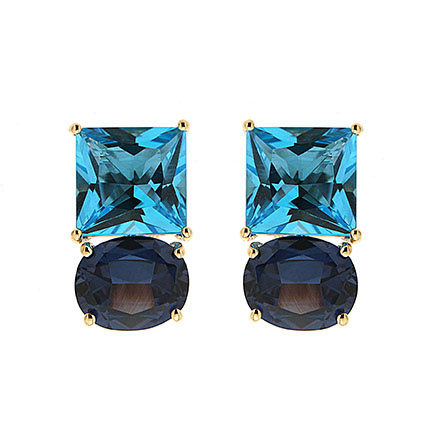 The stone awakened a lot of national pride in its country of discovery. Not only had this variety of chrysoberyl not been found anywhere else, but it also exhibited the national colors of imperial Russia, red and green. For a number of decades after its discovery, alexandrite was considered a good luck charm for Russians. It also believed to strengthen imagination and creativity, as well as improving intuition.

In his book “The Curious Lore of Precious Stones, ” mineralogist George Kunz connected stones known for their optical phenomena for each day of the week. Friday is connected with alexandrite. He doesn’t explain the reason for this attribution, writing instead that at the time of his book, people were turning to older beliefs, possibly dabbling in magic and mysticism.

Kunz also wrote how green jewels are best linked with spring, the verdant hues coinciding with newly growing plants. Green also serves as a background that allows flowers to stand out against their surroundings. Since red is associated with heat, red jewels are linked with summer. As such, chrysoberyl as a whole is connected to spring, and alexandrite with summer.

Though alexandrite doesn’t have the long history of other gemstones, it’s gathered some legends. Alexandrite became a symbol for Russian nationalism and good luck. The stone’s colors associate it with the warm seasons. Alexandrite’s optical phenomena has even linked the jewel to mysticism.