Step cut diamonds stand out from their brilliant counterparts by their shine. The latter illuminates the stone with a mix of white light, shadows and bits of rainbow. Step cut diamonds focus on light reflecting off the jewel’s surface and present a view of the stone’s interior. As with brilliants, many step cuts are used for side stones on diamond rings.

Asscher cut diamonds are square stones with cropped corners. When viewed face up, they feature concentric squares with an X running through them. As side stones, their striking shape gives rings a touch of the unusual. Those looking for unique engagement rings may want to consider them. Emerald cut diamonds are rectangular with trimmed corners. Their design provides an unhindered look into the crystal. When mounted as side stones, they’re usually placed parallel with the finger. They add clean lines and a geometric look to diamond bands. 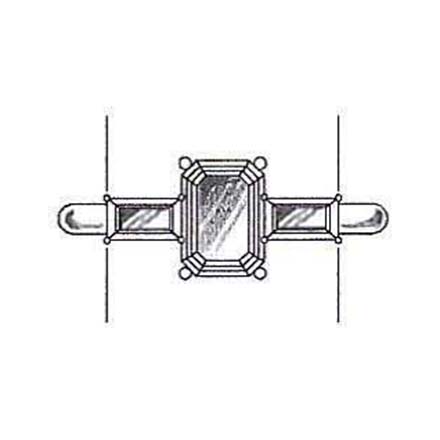 Trapezoid or trap cut diamonds have one set of parallel lines and two sloping sides. They’re used more often as side stones than central jewels. Most often, they’re mounted with their longest edge against the main diamond. Their straight sides may make them better suited to shapes such as squares or rectangles. 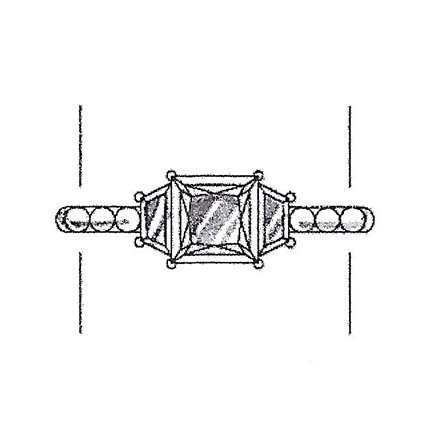 Baguettes are thin step cut jewels. They come in two forms, one of which is rectangular. The second version resembles the first, except the long sides are slightly tapered. When either are used as side stones, they’re often set lengthwise along the band. They give the impression of a diamond engagement ring’s shoulders made of jewels instead of metal.