Some Interesting Facts about Diamonds

The most coveted gemstone, diamond is steeped in interesting facts galore. We are so much lured by its dazzling beauty that we forget to see beyond it. The world of diamond is intriguing as the stone itself and does not merely revolve around the 4Cs, shapes and fancy color. Its wealth of facts, history and knowledge only adds to our growing admiration of diamonds. Let us acquaint ourselves to some of the most interesting facts about diamonds: 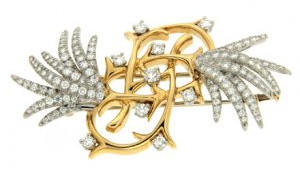