For early diamond cutters, the stone’s supreme hardness made diamonds tricky to shape. The invention of the scaif in 1496 used a wheel not unlike potter’s wheel, covered the surface with a mixture of oil and diamond debris, and clamps to hold diamonds against the wheel. This allowed multiple diamonds to be polished at once, as well as allowing cutters to fashion jewels with greater precision than before.

Though diamonds are difficult to scratch, their toughness, or ability to resist damage from impact, isn’t as pronounced. Their crystal structure leaves the atoms in diamonds more tightly connected in some directions than in others. The places where the atoms are furthest apart are where diamonds break with the least amount of effort, also known as a cleavage plane. Diamond cutters use cleavage planes to their advantage to divide rough before turning the pieces into individual faceted jewels.

In diamond cutting, saws allow rough to be cut in multiple directions without relying on the cleavage plane. Pieces known as diamond segments are electroplated, brazed or sintered to a metal wire or other base, allowing the diamonds to function as an abrasive. The sections cut off of the rough can in turn be used to facet smaller diamonds, as opposed to grinding the rough into dust and a single finished diamond.

Unlike other methods which rely on scratching, lasers saws work by heating precise portions of the diamond until the desired carbon turns into graphite, and the graphite itself burns away. These powerful lights may be used to mark portions of the diamond which may be cut later, remove portions of rough, or inscribe an identification number on the girdle of the finished product. Lasers are also useful for cutting diamonds with twinned crystals or other unusual growth which results in distorted cleavage planes. Uncommon rough can be cut to maximize carat size without fear of accidental cleavage or shattering.

Luster vs. brilliance vs fire 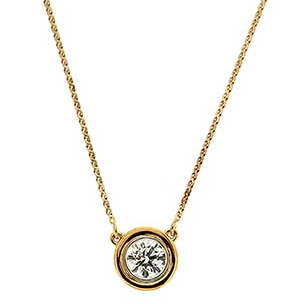 One of the most iconic elements of diamonds is their brightness. The light a diamond reflects is most celebrated in the round brilliant cut diamond, a 1919 creation carefully designed to create a then-unknown level of brilliance. However, there is more to a diamond’s shine than just reflection. Gemologists and connoisseurs make note of a jewel’s luster, brilliance, fire and scintillation, the different types of shine that add to a diamond’s beauty.

“Luster” is used to denote how light interacts with the surface of a stone, be it a diamond, onyx or other mineral. Different stones have different reactions, giving off metallic, waxy, earthy, resinous and other types of sheen, depending on their chemical formula and crystal structure. Diamonds have a luster named after itself, adamantine. Long before brilliant cuts, diamonds were admired for their surface shine. In the modern day, a well-polished surface enhances the brilliance and clarity of a stone.

The brilliance of a diamond refers to how white light is reflected in the jewel. Ideal brilliance takes in and reflects light through its table, or uppermost facet. Diamond cutters have spent centuries developing ways to make diamonds brighter, from foil backings, to modern patents that aim to improve upon the round brilliant. Basic principles for brilliance include an adherence to symmetry, careful proportions, and ensuring the stone is neither too deep nor too shallow, to prevent light leaking through the stone’s sides.

Another form of light within a diamond is fire. Diamonds can act like a prism, splitting some of its white light into the shades of the rainbow before reflecting them back to the viewer. This manifests as flecks of color nestled around the white light and shadows in a diamond. When gemologists evaluate a diamond’s cut, they look to see if a jewel has a balance of brilliance and fire, providing more visual interest to the wearer.

How light behaves in diamonds
When light enters an object, such as a diamond, it bends and changes speed, a phenomenon known as refraction. A common example is placing a drinking straw in a glass of water. At the surface of the water, the dry part of the straw seems to be in a different location than the wet half. Refraction is used for many purposes, such as creating lenses for eyeglasses and microscopes, and for enhancing the beauty of a diamond.

Rough diamonds depend on luster, or light reflecting off of its surface, to shine. To unlock the full reflective qualities of a diamond, it needs to be cut just so. Cut diamonds have among the highest refractive indexes, the ability for a jewel to take in and reflect light, of any gemstone. This comes in multiple forms with diamonds, including brilliance and fire. Inside a well cut diamond, light shouldn’t leak out the sides but bounce around the inside of the stone before leaving the table and delighting the viewer.

In a brilliant cut diamond, each facet is carefully placed in order to bring about optimal light. Ideally, when white light enters the top of a diamond, the facets bend the light so it travels inside the stone before exiting through the table. Light that leaks through the bottom or sides of a jewel creates a darker jewel. The number of facets, where they are placed, the girdle thickness, and angle of the facets in relation to one another impacts the brightness of a diamond. Brilliance is the term for when white light is reflected from a diamond.

White light is made of different colored lights with different wavelengths. Inside a diamond, white light may split into different colors, reflecting all the shades of the rainbow. When this blended light travels through a diamond, they may slow down and travel at different speeds, creating different hues. In a diamond, this appears as flashes of color known as fire. While brilliance may be the first thing a person notices, fire further highlights a diamond’s beauty.

Specific gravity
A one carat diamond may look like it has a different size from a sapphire or zircon of the same weight. Different gemstones have different chemical formulas and atomic structures, leading to a variety of densities. Specific gravity measures the density of an object by comparing it to another substance, such as water. It’s used to help identify gemstones, particularly distinguishing ones that may look similar to one another, like a diamond or a white sapphire.

One of the basic formulas for measuring specific gravity is by measuring the desired object, such as a diamond, the water or reference material, and dividing the diamond’s weight by that of the water. In practice, measurements are much more complicated. For example, when determining a jewel’s specific gravity, the ambient temperature and pressure should be recorded. This way, if there is a slight variation in later factors, they can be considered or eliminated as a factor.

One may be able to estimate a jewel’s specific gravity through familiarity with its chemical formula. Colorless corundum for example, is made of aluminum and oxygen. Knowing how heavy the elements are allows an educated guess regarding the stone’s specific gravity. It’s also important to keep in mind how closely the atoms and molecules are bonded together, which can add to a gemstone’s density and gravity.

Diamonds Ia-IIb
There are many ways to classify diamonds as a means to better understand the jewel. They can be sorted by fluorescence, their geographic origins, size, and chemical purity. Naturally formed diamonds often contain trace elements from the environment where they are made. These elements can influence the color of the diamond, though sometimes other factors can tint the jewel. Diamonds sorted by chemical purity are also known as diamond types.

Type I diamonds contain hints of nitrogen mixed into the stone’s carbon crystal structure. Of these, Type Ia diamonds are by far the most common, making up 98% of diamonds. Type Ia stones may be further divided into IaA, IaB, depending on how the nitrogen atoms group together and sit amongst the carbon. Both of these stones may boast a yellow tint and fluoresce blue. Type IaB diamonds may also appear brown.

Nitrogen in Type Ib diamonds manifests in individual atoms scattered about the stone, rather than Type Ia’s clusters. This arrangement allows for more intense shades of yellow and brown, as well as orange. When exposed to ultraviolet light, Type Ib diamonds may glow orange with flashes of green.

Type II diamonds don’t contain nitrogen, and have different visual properties as a result. They make up about 2% of the world’s natural diamonds, a rarity. Type IIa diamonds contain no detectable impurities, and can be potentially completely colorless. When Type IIa diamonds do exhibit color, it’s usually due to imperfections in the jewel’s lattice structure rather than trace elements. Under fluorescence, they may show crosshatched patterns referred to as “tatami.”

Traces of boron distinguishes Type IIb diamonds from their Type IIa counterparts. Like Type Ib, this manifests as single atoms interspersed throughout the carbon. The boron traces allow these diamonds to conduct electricity, which no other diamond type can do. They’re usually blue or grey in color, and shine blue under ultraviolet light. In rare instances, like the Hope Diamond, they may fluoresce red.

Depending on a gemstone’s chemical structure, light may break up into two directions. When light travels through an asymmetric crystal structure and hits a facet, the light will then reflect at different wavelengths, creating a blur or the impression that there are two facets instead of one. This is double refraction. Most colored gemstones show a degree of double refraction, though zircon is an especially prominent example.

Double refraction is a side effect of an optical phenomenon known as birefringence, which is used to help make optical equipment for items like cameras and microscopes. It’s especially strong in minerals with asymmetric crystal structures, most notably calcite. Birefringence is used sometimes to help identify minerals, to get an idea of a stone’s crystalline structure.