Some of the world’s largest diamonds are rough, and if you wonder why, it’s because the stones significantly lose mass in the cutting and polishing process. However, there are only few stones that retain a majority of their weight, and fewer still that come out whole. So, today, we will list down the names of the world’s largest polished diamonds. The diamonds on this list dates from 16th to 21st century. Covering such a wide timeframe has helped us track down diamonds as large as 500 carats to those that are in the neighborhood of 300 carats. So, let’s get started. 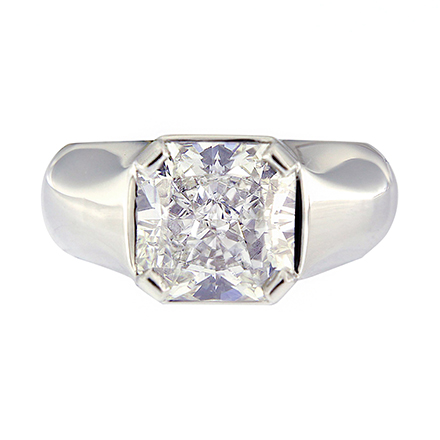 The Spirit of de Grisgono
The Spirit of de Grisgono is the world’s largest polished and cut black diamond. Discovered decades back, the place of origin of this special rock is Central African Republic. At the time of mining, the rough weighed 587 carat. The diamond was cut and shaped by famous Swiss jeweler de Grisgono who gave the stone a spectacular Moghul cut. But the diamond lost weight significantly in the process, and came out weighing only 312.24 carats. Named after its dresser, the ring was set in a white gold ring which is sprinkled with an additional 702 white diamonds. The piece is presently owned by a collector by the name of Fawaz Gruosi.

Cullinan I
Cullinan I, also known as the Great Star of Africa is a swoon-worthy fist size white diamond that weighs 530.20 carat. The diamond, like the Cullinan II is an asset of the British Royal family, and is put to display with Second Star of Africa at the Tower of London. Cut into a gigantic pear shaped stone, it is mounted in the Imperial Scepter.

The Golden Jubilee
Although this list carries the names of some seriously big diamonds, the Golden Jubilee takes the cake. An asset of the Royal Thai Palace, the stone is 545.67 carats fancy yellow brown diamond which was discovered in South Africa in 1985.