The Story of Diamond Promise Rings

Diamonds are the face of modern jewelry and that is as true as anything else. There is hardly a piece of jewelry in today’s market that does not wear a diamond or isn’t available with diamonds. So, it’s not a surprise when these dazzling beauties came to become the signature gems for promise rings. If you still haven’t heard about diamond promise rings, then you are a little behind in the race, but that’s totally fixable. Here is a brief passage on the interesting story behind promise rings and their modern day status. 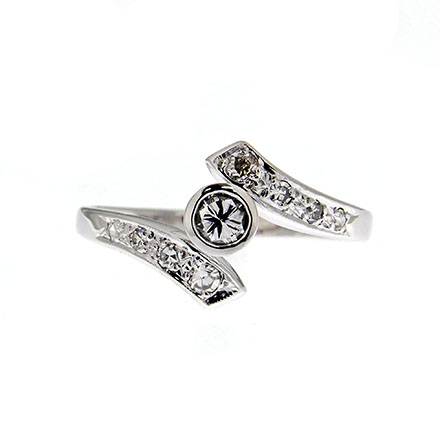 The Tale of Origin of Promise Rings in the Jewelry Circuit
The history of promise rings is an interesting one. The ring was first crafted in England and almost a cult grew around this ring. It dates back to the year 1576, when it went by the name of posy ring. A posy ring was exchanged between oat-makers back in the 16th century, when promise rings were a legal equivalent of promissory notes and such documents. Exchanged for personal and fraternal reasons, the ring became popular among people of all sects, until much later members of families and friends started to exchange posy rings as an expression, love, commitment and trust. Sometimes, the rings would be engraved with lines taken from romantic poems and proses or short family messages.

Diamond Promise Rings- How Different or Similar Are They to the Traditional Equivalents?
Cut to the 21st century, the promise rings have taken up a much glamorous and flamboyant form. However, the sanctity is nowhere close to lost, despite the artistic improvisations. It is only lately that these rings are seen wearing diamonds more than ever. That bit of change has however turned out for the good. Diamond promise rings look much more attractive than the earlier plain versions. Diamond purity rings are the same as promise rings. Although, they have marginally divergent meanings, they are interchangeable.
Diamonds have bestowed promise rings with a lot of possibilities in terms of designs and styles. They don’t have to be solitaires or just bands. With diamonds, they can be crafted in endless designs and styles. So, whether it’s a chastity ring, purity ring or a good old promise ring, the diamond varieties are a lot better in terms of beauty and value than all the rest. Yes, they are expensive too, but if you must know, a diamond is never a bad investment.