The Star Gems of August

Those of you who are born in this month are a wee bit luckier than those others, at least as far as birthstones are concerned. August is generous in ordaining birth gems to the August-born. Peridot which is the official birthstone of August comes in sparkling olive green. But as someone born in this blessed month, your choice of gemstones extend beyond that. Added to the list are also red spinel and peach sardonyx all of which are your birth gemstones if your birthday is in August. 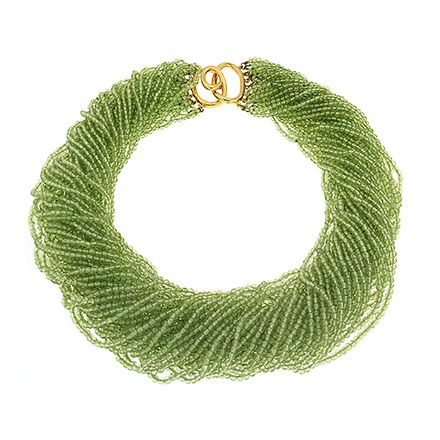 Peridots- Its Origin and Sources
Peridot goes around the world in its form recognized as the official stone for August-born people. Its raw golden olive tone comes from olivine, a mineral from which it originates. Peridot symbolizes wealth and fortune. Olivine is a pretty common mineral in the volcanoes. Peridots that come from olivine are mined from either deep within or pallasite meteorites.
Compared to other kinds of gemstones, peridot is plentiful in our planet. In American soil itself, the source of peridots is so abundant that while the rest of the world supplies a third of peridot, the US alone accounts for 80%.
Peridots are mined in South Asian countries like India, Sri Lanka, Myanmar, Pakistan and China, apart from Mexico, Brazil, Australia, Kenya and Norway. 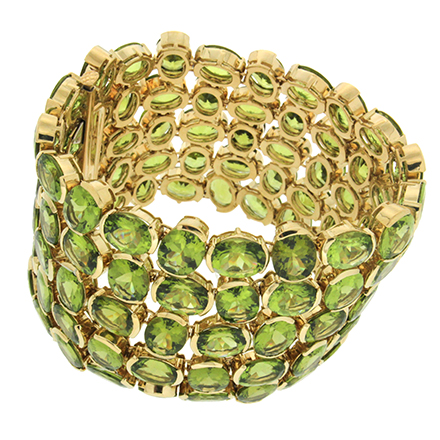 Peridot’s Symbolic Quotient
The sterling green stone is a symbol of luck. The stone has a rich mythological history that is rife with stories of Roman and Greek Gods and such. The earliest recorded peridot dates back to 1500BC. According to mythologies, the name peridot is a derivation of the Greek term “peridona”, or “giving plenty”. In Hawaii many years ago, people believed these green stones to be tears of the goddess of volcano Pele. It was the Greeks and Romans who started using this stone to adorn their jewelry. In ancient times, they beset pendants, rings and other kinds of jewelry with peridots. They believed the stone bestowed nobility upon the wearer.
According to records, the first man who happened upon peridot was a 4th century naturalist who went by the name of Pliny the Elder. He found the stone on an island in the Red Sea in coastal Egypt. Immediately, he named the stone “topazos” and the island after it. Much later, the island received its official name by which is marked in the world map, St. John’s Island.