Ten Rarest Gems of All Time

The mineral reserves of this planet has left us with high ambitions, most of all the gemstone deposits that have presented mankind with incredible opportunities and infinite possibilities. Though mining them has become as commonplace as drilling the earth for oil, every once in a while miners stumble upon some exquisite findings. The most incredible of them are passed on to be added in the list of top 10 rarest gems of all time. Here we have an inclusive and updated list of the rarest ever to be found on this planet. 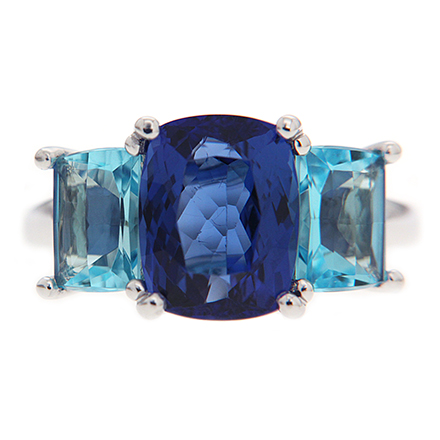 Bluish-Purple Tanzanite: Occurring only in Mount Kilimanjaro, this color-shifting gemstone is as scarce in nature as it gets. This bluish purple variety of Tanzanite is mined every 20 to 30 years. So, understandably, it is one of the rarest gems to occur in nature.

Taaffeite: A collector’s gem, Taaffeite is known to occur in two places on earth, Tanzania and Sri Lanka. It occurs in shades of lavender to mauve to violet. There is a nearly achromatic variety too which closely mimic colorless diamonds.

Black Opal: If you like opals, you will fall head over heels for these ones. The rarest of all opals found on earth, these Australian gems feature an incredibly brilliant and motley play of fire and colors. They are priced $2300 a carat. Owning a pair will cost you close to a fortune, but are definitely worth the keep. But, finding a seller is the real difficult part.

Benitoite: Another blue purple gem, Benitoite occurs in separate shades of blue to purple. However, the catch of this gem is not its apparent shades, but the chalky blue brightness when placed under UV light.

Alexandrite: Alexandrite is the chameleon of stones. Though it appears to be canary yellow to naked eyes, the gem changes color every now and then, in response to the light it is exposed to. That makes it incredibly hard for anybody to assign a particular color to it.

Jadeite: Contrary to common beliefs, Jadeites are not semi-precious quartz, but an extremely rare stone that bears a color so deep that is properly the first ever in nature.

Musgravite: A variety of Taaffeite, Musgravite is brilliant in its shine. Wearing colors between greenish gray and purple, the stone has so far been exploited in a ridiculously finite count. There are only 8 specimens of this stone in the world, today.

Burmese Red-Brown Crystal: This reddish brown gemstone found in Burmese mountain may seem like nothing extraordinary, but is one of the rarest gems on the planet. Only two specimen of this nameless stone is known to exist to this day, and that makes it “priceless”.

Vivid Pink Diamond: Lastly, the famous vivid pink diamond which is sold for $83 million at Sotheby’s is the rarest kind of diamond ever to come to the hands of miners. The one found was 59.6 carat in size.