The Story of Pink Diamonds

Pink diamonds are one of the prettiest gemstones to occur in nature. Pink diamonds are rare, and though that does not make it more expensive than its achromatic cousin, it is still one of the priciest among colored diamonds. Pink diamonds today make only 0.03% of the annual global produce. The Argyle Pink Diamond Company of London is one of its earliest proponents in the international market. The company deals with only the top-quality pink diamonds mined around the world. In a recent auction held by Argyle Diamonds, the company sold 42 pink diamonds worth £40 million to prime collectors from around the world. 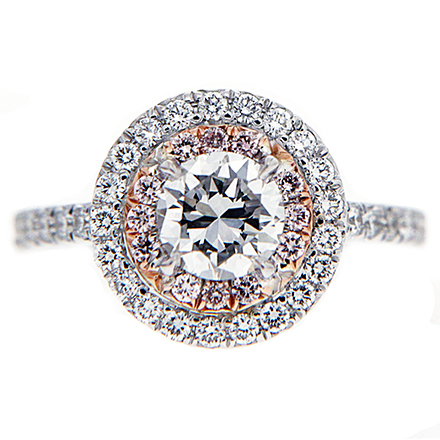 History Recounted
It is said that pink diamond mines came into existence when our blue planet had only started to host life, in the forms of single cell organisms and microscopic algae. It was billions of years since that day that homo sapiens walked the earth. Among the many, the Darya-I-Nur is an early sample of rose diamonds that caught the world by surprise. Though this happened a century back, the stone has continued to amaze customers through generations with its beauty and exoticness. The Darya-I-Nur went on to be set on a brooch and was followed by mesmerized passersby by over a 100 years. Another pink diamond that had our eyes pop out was the Conde Pink. This 9 carat piece of marvel was owned by none other than Louis XIII.

The Mystery Surrounding Pink Diamonds
The mystery behind the pink color of these diamonds is still very much alive, except for some theories and suggestions posited by scholars and scientists that try to jab at the shroud of fantasy. Gem experts have not been able to arrive at a logical conclusion about the color yet.

What Makes Them Pink?
Gemologists have confirmed that the pink diamonds surface from a part of the earth that we still don’t have the technology to explore. An examination under mass spectrometers reveal that the color pink in these diamonds come from the presence of a material other than carbon. The elements that make colorless diamonds pink are not impurities as most scientists have suspected. A Spectroscopic examination has revealed that the pink in the diamonds is lent by a chemical coloring agent that runs through certain parts of the stones. However, the coloring agent as theorized through endless discussions and examinations is acute pressure that alters the molecular heuristics of the stone.