The Splendid Factoids Behind the Ring Finger 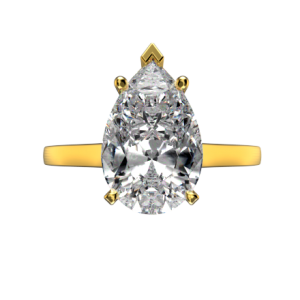 Wonder why the wedding/ engagement ring goes in the fourth finger of the left hand alone? Million others have raised the question before you, and for each of them, the answer lied in the history of mankind. Like the celebration of love, the practice of ring exchange dates back to far in civilization. People from different places, cultures and religions eventually followed suit and now it is the norm with the majority. The people however have different and needless to say, very interesting theories backing up the faith.

Vena Amoris
Reel back to earth’s one of the most ancient civilizations, the Egyptians. Their people believed that a vein from the heart channels right through to the ring finger of a person. The Latins absorbed the conclusion and named it “vena amoris” (the vein of love). And though modern medical science defies that theory with evidence and explanation, it only seems befitting to wear one’s betrothal ring in their ring fingers.

The Answer from Ancient China
The Chinese believe that each finger in our hands is representative of the most important and intimate relations in our lives. The thumbs are the parents, the indexes our siblings, the ulnar fingers ourselves, the fourth one our soulmates and pinkies our children. So, when you join your hands folding your fingers to touch them in knuckles, it is only the ring fingers that is the hardest to separate. So, that explains why the artefact that consummates marriage should be worn in the ring finger.

The Christian Explanation
Another curious school of faith is proposed by the Orthodox Church. It is the ritual of the church to join the middle, index and thumb when crossing during a worship. So, while the three fingers stand for the holy trinity of the Father, Son and the Holy Spirit, the fourth finger signifies earthly love. So, it makes sense to choose the ring finger to hold the wedding ring.

Right Was Right Once
Now, around the world, cultures believing in rings to symbolize their weddings wear it in either hands. There is a story behind that one too. Until the 17th century, married people under the Orthodox Church wore their rings on their right hands. The 1549 Reformation however changed it under the lead of a Protestant English Bishop who published the revised Book of Common Prayers. By that, couples were instructed to wear their wedding rings on the ring fingers of their left hands, abandoning the century-old tradition.