Fancy diamond have become very popular, ever since they were brought back into the scene, people are taking a keen interest in these swoon-worthy cuts that make diamonds look so much more appealing than in reality. So, what exactly is the reason behind the soaring popularity of fancy cuts? The answer for each cut is different. So, let’s explore the greatest selling points of some of the bestselling fancy cut diamonds at this time. It will also help you get a perspective, if you find yourself spoilt for choice. 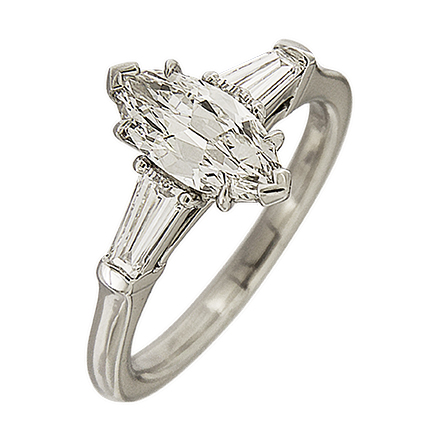 Asscher Cut
A more vintage cut which is said to have its origin in the early centuries, the Asscher cut was reinvented in the 21st century when it was brought back from 1902 which was the year it was first introduced in the earliest model. Since its reintroduction, the cut has sold really well. It is a modern vintage with a dramatic aesthetics and a square shape that is it sparkles brilliantly. The Asscher cut is easily one of the most elegant cuts among the fancy shapes. With a vintage vibe and modern flair, it is a highly coveted cut.

Marquise Cut
If you are looking for something that will make your finger look slim and thin, then the Marquise is your cut. Its slenderizing effect is second to none. The long shape flatters short finger making them appear shapely. But that aside, this elongated cut is unique and showy which is part of the reason for its prominence.

Radiant Cut
The radiant is a complex cut and therefore is a pick for buyers who dare to be different. The radiant’s fierce sparkle is a consequence of a combination of some of the best cuts known to us. With cropped corners and an adaptable shape, it is the choice of active women.

Pear Cut
Looking for something delicate and flirty? It doesn’t get better than the pear cut which is a mix of Marquise and round. Its beautiful shape makes it fitting for the iconic halo setting.

Heart Cut
The heart cut is sweet, romantic and yes, sentimental. A choice of the true romantics, this cut works best for solitaire engagement rings because it asserts its shape in solitaires like in no other settings. If you are going for a heart cut diamond, look for something between 1 and 2 carats for maximum effect.