A Rough Report on Sale of Diamonds throughout Continental US

There is not much clarity in the quantitative stats concerning engagement rings and diamonds. There is no way of finding out the amount of money a people of a country spend on engagement rings and diamonds with warranted specificity. Part of the reason is because people are not very comfortable talking about the amount of money they splurged or saved on their diamonds. While that’s an information subject to discretion, it puts first timer buyers in a pretty tough spot. With no stats to clue them in, the game remains vastly unknown to most. More often than not, they are clueless of where to even start. 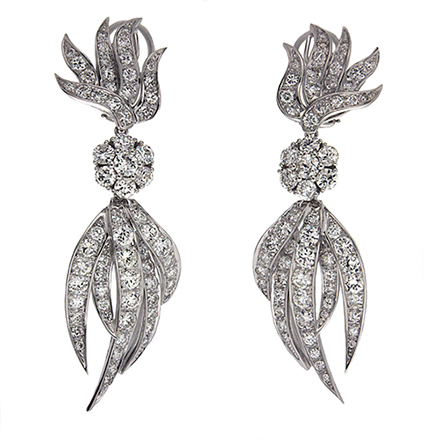 But frankly, buying diamonds or engagement rings for that matter shouldn’t be so puzzling. The first thing that you should let guide you is your budget. There is no hard set rule and that’s the fun part. You can go as high as you like or as low as possible, depending on how much you are willing to spend on a specific item. A foreword is, Googling questions like “How expensive should an engagement ring be?” is a waste of time. These search, and for that matter, all searches involving questions are returned with the most relevant hits, regardless of the sources. So, your answers can come from an open forum or from an authenticated site. So, the best way to go about it is to keep it straightforward.

However, for your interest, we have put together some stats from various sources that indicate the consumption rate of diamonds and engagement rings in different states. In the entire continental US, there are total 15 cities that have spending rates between $5.4K and $10K a piece.
The biggest spenders on the maps of United States are Seattle, San Francisco, LA, Las Vegas and San Diego in the west coast, Dallas and Houston in the central strip and Chicago, DC, NYC, Arlington, Miami, Orlando and Charlotte in the East Coast. Of them, Dallas and San Francisco hold the first two positions with scores of $10K and $9.6K.

Aside that, there is also a Forbes list on the places that spend the highest per diamond. The diamond obsession starts in West Coast, followed closely by East Coast’s political, finance and business capitals. The Texas’s oil-rich regions score the third place, followed by the southern states of Florida and others.