The Romantic Meanings of Rings

Engagement rings, wedding bands and anniversary rings are worn as expressions of love between a committed couple. These bands, their gemstones, embellishments and designs are filled with symbols which underscore the pair’s devotion to one another. Even the finger these rings are worn upon is a sign of romance, referencing a vein said to lead directly to the heart. 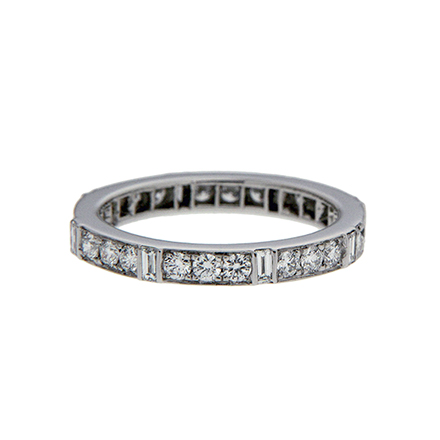 The first recorded diamond engagement ring appeared in 1477, given by Archduke Maximilian of Austria to his fiancé Mary of Burgundy. The archduke used the stone’s durability to represent the strength of his love for Mary. This gesture struck a chord with many. Even today, diamonds are a popular choice for romantic rings.

Those who want a more personalized symbol for their rings may wish to have them custom engraved. These designs may be on the outside or inner portion of the band. Common inscriptions include significant dates such as a birthday or wedding, the names of the couple, or sentimental messages. They also have the benefit of making these rings more distinctive from others.

Hearts are used to signify positive emotions, kindness and love. It’s most commonly depicted as a pear shape with a cleft in its rounder end. In jewelry, the image may be combined with diamonds to underscore romance. One type of diamond heart is the fancy brilliant cut. When mounted in engagement or other rings, the link between diamonds, hearts and love is especially apparent.

Diamond eternity bands are rings with gemstones of matching size, cut, color and clarity which surround the entire band. The romance of the design is in the circle, which goes around and around without end. This is used to represent the relationship, which too continues indefinitely. Eternity bands are popularly used for wedding and anniversary rings, signifying a long enduring love.

Trinity rings, or three stone rings, usually consist of diamonds of the same cut. One of the stones is larger than the other two, and is mounted on the top of the ring, flanked by the other jewels. The design is said to represent the past, present and future of a couple, though some may also give religious meaning. This style is popular for all three types of romantic rings.