Some Proposal Ideas that Have Just the Thunder and the Tang

When it comes to proposals, you get to hear all kinds of stories. People go all the way from insipid to outlandish just to hear that one monosyllabic utterance from their lovers, a spirit-lifting, hearty “yes”. So, what would it be for you? In order to work up the oomph in your proposal, you have to do more than speeding through the top 10 proposal ideas on Google. You have to concoct an idea that is original to say the least. It should be something close to your heart, something only she and you can make sense of. 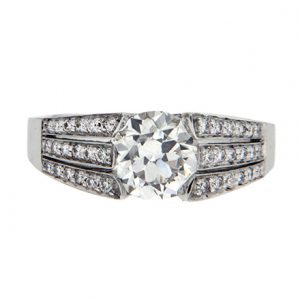 Going Back to the Starting Point
The place where you first met always rings up a memory close to your heart. So, going back to the point where it all started only makes sense when you are at the precipice of making a new start. The sentimental connection of the place works up the mood, and that relieves you from the added responsibility of conjuring it artificially. Take her back to the place, and precisely at the point where it happened. For instance, if it’s a park, then take her to the spot, or if it’s a bistro, pick the same place of seating.

Diamond on Rails
When it comes to proposing on a rail, the only train I can think of anyone doing this on is the Eurail. But, if waltzing all the way to Europe is not your first option, then you can carry this out on a different train, as long as your choices do not include the subway. Though standing on a one-knee-one-foot can be a touch little uncomfortable against the rocking motion of a train, but you have got to pull it off brother.

On an Idle Sail
There are few things as romantic as proposing on a boat. If you have a quiet lake near you where you can go sailing, seize this opportunity to arrange your proposal on one of these idle sails. Whatever you need for the proposal, stock it all up in the kayak and remove it from plain sight so she doesn’t have a clue until you bring it on. Try not to do anything overly elaborate for it’s a small boat and one of its two occupants on his knees is only as much as it can take.

Pick any one of these, and use your imagination to customize.