The Most Popular Cuts of Diamond 2016 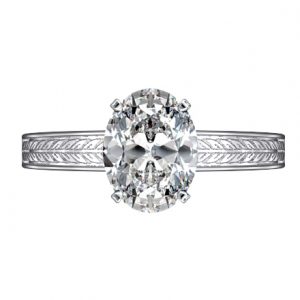 The popularity chart keeps refreshing every year and this year, a lot of things have changed places in the jewelry industry. Speaking more specifically, some diamond cuts have interchanged spots in the list and by the end of 2016, this is how the list looks like, in order of popularity. The oval shape tops the chart this year. Most wouldn’t imagine that if they followed the global obsession on round and princess cuts. The oval is seconded by the round cut followed by the cushion cut. The least popular ones this year are Marquise, Asscher, emerald and the least believable of all, the ever so lovely princess cut.
But if you have observed the trend for long, this algorithm makes sense, really. The princess and round cuts have dominated the list for far too long. Also, the round cuts descent to the second place this year is nothing short of a valid explanation. The obsession of bright and brilliant is something that is not going to die as long as people’s love to shiny and sparkling things remain. So, we expect, that round cut will keep swapping positions with the princess cut, and in the process making room for the fancier cuts to find their places.

Oval
A gift to us by LazareKalpan, the oval cut first came out in the 1960s as a modification of the brilliant cut. The shape made its case on the popularity of round cut. It precisely meet the gradually erupting need for something different, but conveniently roundish. The added advantage that came with this shape is that it could conjure the illusions of a larger size from a pretty small stone. Oval stones are basically flattened diamonds that are only large on the top and bottom with very slight thickness on the sides.

Round
There is not much to say about round-cut diamonds except that it accounts for 75% of the jewelry diamonds sold worldwide. It has an average of 57 facets, the reason behind its ever burning sparkle. The cut has been around since 1919, and yet there has never been another cut to eclipse its popularity since.

Cushion
Cushion cut diamonds had another name before this one. Designers called it the old mine cut. It merges the shapes of round and square together to give out a square with rounded corners. It is different from a radiant or an emerald cut, just in case you are wondering.