Diamonds are celebrated for their beauty and romantic symbolism. Diamond engagement rings and wedding bands stand for a lasting relationship. The shank, or portion that surrounds the finger, is both practical and decorative. Also known as the band, it provides a place for gemstones to rest and more areas to adorn. 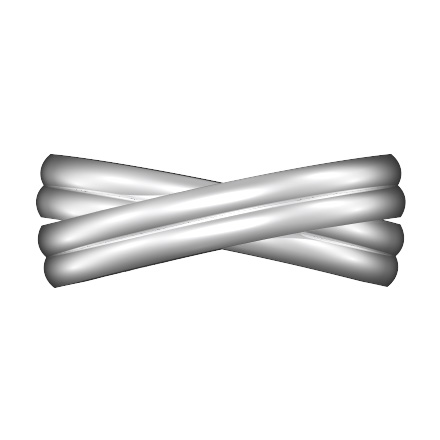 get their name from the ridge that runs down the length of the shank. These rings are worn plain, and come in widths as slender as 2.5 millimeters. Their size allows them to be worn as is, or as a guard ring to prevent a second band from slipping off the finger. As a wedding ring, knife edge bands can be worn as both guard and supplement to a diamond engagement ring.

Vertical groove bands turn the shank into a series of rectangles. Lines cut across the width of the band at even intervals, creating an angular look. The sides of each rectangle are sloped with defined edges to highlight the geometric design. This ring is on the wider side, between six and eight millimeters.

Dome bands are raised in the center like knife edge rings. The difference is dome rings are curved, and the shape takes up the entire width of the shank. Dome bands can be high or low, with pronounced subtle roundness. These rings come in a wide range of widths, from two millimeters to as high as eight.

Center cut bands play with depth. They have a rounded shape like dome shanks, but with parallel grooves running down the length of the ring. These cuts are squarish, with defined corners and edges at both the top and bottom of the grooves. The bands are on the wider side, between five and eight millimeters.

Crisscross rings resemble two separate bands overlapping to form an X. The rings lend themselves well to variations. Shanks may have defined edges that are squarish, sloped or rounded. The centers can be domed, flat, or show a groove along their centers. Some crisscross rings can even be worn as pave wedding bands.