Pearls for All You Lovely Ladies Born in June

Summer is finally here and the month of June ushers it with great fanfare. The trees are bursting in blooming and can barely bear the weight of their fruits. Its green all around the sun is always up in the sky beaming heartily. If you were born in the warm and sunny month of June, then you are just as beautiful and precious as a pearl. So, astrology placed upon your house the most beautiful of all gems, the pearls. You also have moonstone as your birthstone, but that’s secondary to iridescent, other worldly pearls. One of the most extraordinary birthstones, pearl is a gem easily distinguishable from all others. So, on this day, buy yourself something in pearls to celebrate the spirit of summer. 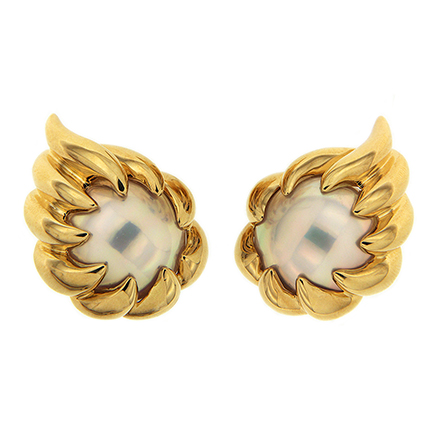 History of Pearls
Like all gemstones, pearls too have a story. Now one of the most valuable gems, pearls were the most valuable mineral. Pearls were treasured for their nacre and shine which no other gem can match up to. Owing to its special qualities, pearls were treasured as the most valuable thing in many ancient cultures. The Tudor age in England is therefore called the Pearl Age as trade prospered and the empire was in its most prosperous state. In ancient China, people believed that pearls had the power to protect their wearers from the ire and fire of dragons. However, in Victorian England, pearls the size of very small seeds were used to jewel mourning jewelry as a symbol of teardrops.

For June-Born People
Everything birthstone stands as a symbol for something. Pearls are no different in this. Pearls for those born in June mean love and happiness. It stands for mirth and joy and warmth, which according to astrology, characterize those born in this month. The natural glow of pearl, its egg-shell white color, the pink and peach blush and the luxuriant satin sheen give these minerals aesthetics so superior and different than all others that even today, they are one of the most valuable gems on earth.

Pearl Jewelry
Countless varieties of jewelry are beset with pearls. The signature kind however is the pearl strand necklace which is but a string of pearls of similar or graduating sizes woven together to embody the pinnacle of elegance and opulence. Pearl jewelry also feature gray and blue pearls which too are prized for their rarity.