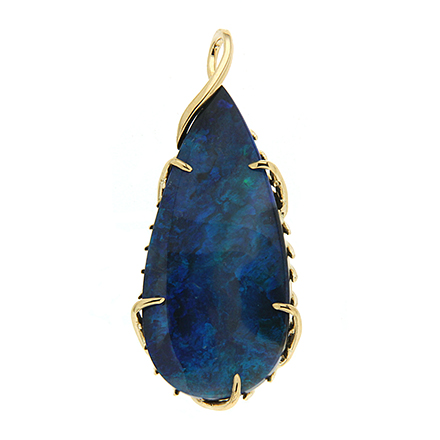 The return of opals is long awaited by the mass, with people often making enquiries about why is it so scarce in the market. Though the answer to that question is not concretely formed yet, perhaps due to lack of conclusive data, the good news is that opals are finally on the phase of revival. You no longer have to raid your grand mom’s jewelry box to find opal treasures because new pieces have already landed in the shelves. Gemstones commonly found in the Australian outback in the ochre red dry dirt, opal is a spectacularly beautiful gemstone that has somehow managed to remain away from the mainstream for a pretty long time.

Turns out this year is the year of momentous changes in the fashion industry, with the return of brooches and gemstones being only the tip of the iceberg. By the looks of it, the initiative to bring opal back to the mainstream has been undertaken by high jewelers of the likes of Dior and Tiffany & co. with others to follow.

Dior’s Nature Inspired Opal Collection
In 2004, Dior launched an exquisite collection of jewelry the highlight of which were two things, its nature-inspired theme and the abundant use of opals only. The collection went down well with the audiences who were absolutely delighted by the combination. Enthused by the response, Dior started to infuse the gem in its later initiates. At present, its timepiece collection sees a generous use of opals of different collection.

Tiffany &Co.’s Opal Suite
The luxury jewelry brand from America followed suit. It launched its opal suite in 2015 that consisted of three pieces, one of which is a breathtaking necklace that uses over 5.9 carats of black opal. The neckpiece was created using black oval opals and the final product was a mean one. People loved it and the rest of the jewelers took cue from this.

Since then, opals have made some numbered, but promising appearances in jewelry. Over the time, jewelers have come to recognize the seamless suitability of this gem with most designs. Ambitious jewelers are trying to whip up the element of mysticism in jewelry by introducing this rare and mysterious gemstone in their works. Opals have so far been seen to be used with gold and platinum, sometimes accented with even diamonds and emeralds.

Opal jewelry have opened up a dimension in design, which is mystical and perhaps even, unpredictable.