Round brilliant cut diamonds have reigned the market for a long time. Although the popular taste still sides with the classic cuts in diamonds like round and princess, buyers have also come to consider fancy shapes like the oval cut favorably. Very recently, the spotlight has shone upon oval cut diamonds for a plethora of reasons, and with that, it is quickly becoming a popular favorite around the world. An oval cut diamond has a lot of advantages, most of which it owes to its elongated shape. Let’s discuss the features and merits of an oval-cut diamond in detail. 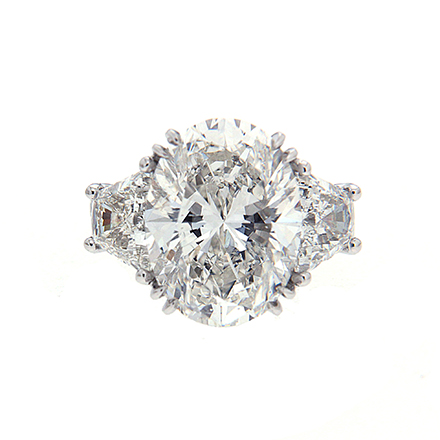 Specific Merits of an Oval Cut Diamond
Although oval cut diamonds are listed among the fancy and modern cuts, the cut is not really a very new one. It dates back to 1957, the year it was born in the hands of a diamond cutter of Russian American origin called Lazare Kaplan. The cut has as many as 58 facets which results in the striking brilliance of the stone. It wasn’t until 1990 that the stone received much attention and popularity. The oval cut as we know today has outstanding fire and brilliance, thanks to its faceting style. With that said, it is no surprise that an oval-cut diamond reflects light very well. 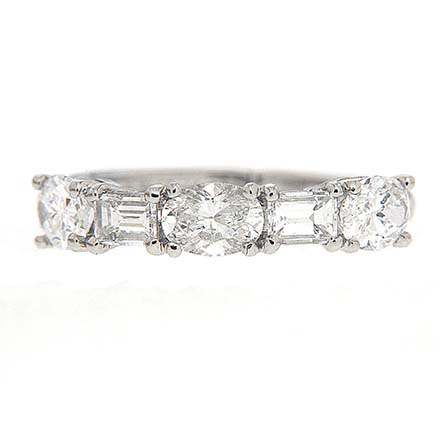 Despite its high brilliance and fire, an oval cut is a less expensive cut by comparison to other brilliant cuts like round and princess. Although it is noticeably similar to a round-cut diamond in its faceting, this cut remains the more affordable alternative. Contributing to that is the fact that an oval cut diamond is not neck to neck in demand to a round-cut stone.

The second best thing about an oval cut stone that has nudged it to the direction of quick success is its carat advantage. The stone, because of the slight elongation of its shape looks bigger than its size. Because of a greater surface area, oval-cut stones always look bigger than its carat weight. That brings down the price considerably, enabling buyers to afford a substantially sizeable looking stone at the price of a smaller one.