Some Very Interesting Facts and Theories about Diamonds 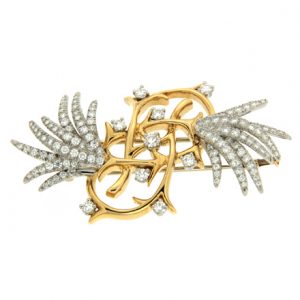 If doing light readings on fascinating things that catch your eye is a pastime hobby, then you are in for a good popcorn read. Most diamond aficionados are familiar with the integral concepts of diamonds like the 4Cs, certification, resell value and such. But, fun facts about diamonds are not as widely advertised as others. Here are some nuggets of information that we bet you didn’t know before, unless you have scoured the Internet for long guzzling anything and everything interesting and exciting that come your way. For others, this piece may prove to be as enlightening as exciting.

Grades and Prices
So, what exactly is the furor about D class diamonds? Well, the D grade is the optimum translucence a diamond can have. Undoubtedly, a diamond of D color is among the premium stones, but there is a catch. There is no difference in the color scale between a D, E and F diamond. So, why are D colored diamonds priced prohibitively high? That part is decided on the clarity of the stones. The color D is a smidge more transparent than E and in succession F. However, neither the color, nor the clarity is differentiable to plain sight.

A Prophylactic Talisman
Diamond is believed to supply its owner strength of character and courage. It itself stands for strength, beauty and invincibility. But, when a diamond is presented to a friend as a token of the bond that is shared between the two, it is said that the stone then transforms itself in a font of courage and faith that not only nourishes the camaraderie, but also providers inner strength and courage to the wearer.
If you would like to excavate more into the reserves of fun facts about diamonds, the wait for the later installments of this piece that will keep the facts coming.