The relation between geometry and jewelry dates back to the origin of ornaments. Designers, since the very beginning, have found themselves inspired by shapes that geometry is all about. But, back in time, the connection between the two was so not evident to the eyes because the shapes that inspired the imagination of the designers were mostly in nature. It later came to our realization that geometry and nature are essentially in unity by the logic of shapes. However, the rhythm between the two has been held to this day. In fact, their link has given birth to a new generation of designers who find the shapes in geometry exclusively applicable in jewelry. Consequently, a new line of jewelry has been introduced in the market that uses geometric shapes to fashion rare and original designs. 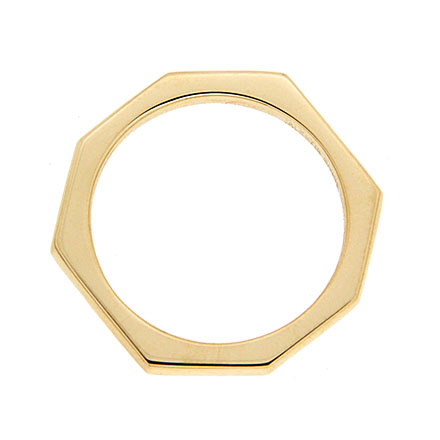 In Rings: From stackable rings, today, we have the first ever helical rings. Moving a step or two away from circular single bands, the new age designers have given other agreeable forms from the pages of geometry a chance. Helix rings, when they first showed up, generated an enormous response among the crowd. Now, at this point, the rings are a lot more intricate in their aesthetics. From the simplicity of a helical structure, they have moved up. The designers have, since the success, experimented with the shape to introduce some subtle, but discernible differences that have registered well with the buyers.

In Earrings: Geometry in earring is also a phenomenon that has long cleaved into a trend, dodging the realization of many. Loopy earrings, boxy earrings, semi-circular hoops, etc. are some of the specimen of the geometric movement. The integration of geometry into earrings in particular hasn’t been a downhill journey for the jewelers. It required heightened imagination to concretize the idea of one into another and still suffice the aesthetic demands and meet the elevated standards of expectations of today’s customers.

In Twists and Loops
Contemporary jewelry wear twists and turns, loops and rhythms much more than it did before. The logic used in adorning jewels before had a certain pattern before which was close to nature than mathematics. The modern jewelry that rely on geometry for inspiration are a little moved away from that tradition. These pieces are seen to be dressed in overlaps, twists, and turns, which is one of the most remarkable characteristics of this new age jewelry.