This question about the perfect engagement ring stone cut has riddled both buyers and designers for years now. While the most obvious answer to this is the heart cut, most people like it subtle. Although that doesn’t make the heart-cut stones any less desirable, there are actually a few other cuts that fit great especially for engagement rings. Let’s take a look at the gemstone cuts that are made to feature in a lovely engagement ring. 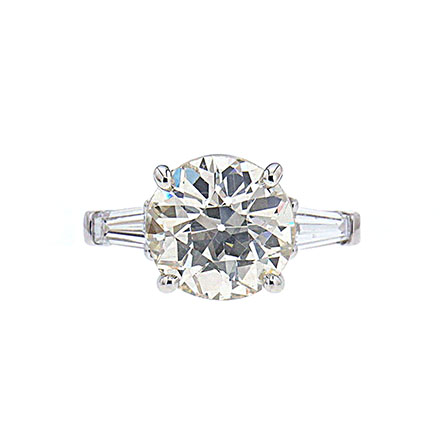 With a diamond of this cut chosen to go into the engagement ring, there is really very little left to be done. A round-cut stone is an instant victory. It is beautiful and stunning. The cuts of a round-cut diamond are so distinct, and its curves so feminine that there is little that needs saying beyond this stone on a proposal ring. The round-cut diamonds burn bright like a star. It has the maximum brilliance possible in a stone. So, quite understandably, this tops the list of choices that you have for engagement rings. One other thing about a round-cut gem is its universal compatibility with all designs. Put it on anything timeless, it will dazzle. Alternately, mount it on a contemporary styled ring and it will shine bright. 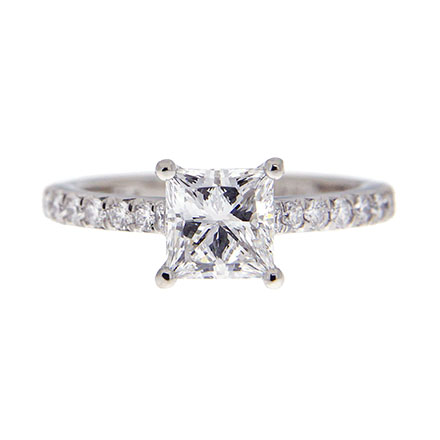 Another cut that stands high on the list of the most preferable gemstone cuts is the princess cut. In contrary to the popular belief, a princess cut is not always a uniform square. They come in both rectangles and squares. However, what makes them the best cut for diamonds is the simplicity and brilliance of the cut. The clean lines, coupled with the extra facets make it one of the best cuts to have on an engagement ring. The princess cut stands to this day as one of the most favored cut for solitaires. So save all the extra expense on accent and side stones with a solitaire with a princess cut diamond atop. 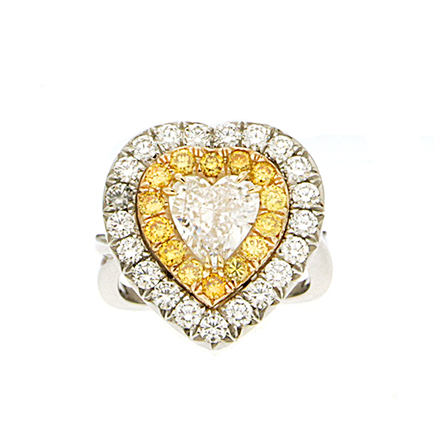 The heart cut is one of the most celebrated cuts in engagement rings. It stands as the ultimate symbol of affection and love. A heart cut goes well with any gemstone like diamond, ruby, emerald and such. But, you can curve the same in cheaper stones like aquamarines, amethysts, jadeite and the likes and still achieve the similar startling effect.