Some Fun Factoids about Diamonds

Even though diamond is a favorite thing for most ladies, there are always some things about this kind of stone that remain under the rock. Though it’s not possible to learn everything about anything in one sitting, you may try and strain out some very valuable fragments of information if you choose an information-heavy read. Here are some of the most interesting facts that are ever excavated about diamonds. They may not be the list toppers, but they sure are on the higher rungs of the top 20. Read on to know all that you didn’t know about your favorite stone.

Did the word “Carat” ever strike you as unusual? It doesn’t really sound like from around this century or is it? Actually, it is a ripoff from carob beans. Interestingly, these beans were used as the counterweights in scales and balances. Every carob beans weigh exactly the same and that made them a precise ware of weight in this system of measurement. 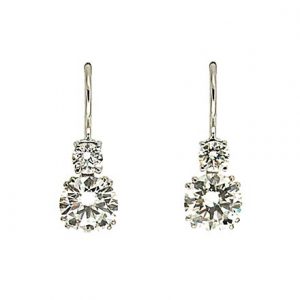 The Birthplace of Diamonds

The history of diamonds is always foggy, or deliberately kept so, as conspiracy theorists would say. Whatever that may be, there are some ways always of finding a few facts that go all the way back to the origin of diamonds. The mineral was first mined in the east, in India to be precise, and that momentous discovery happened about 28000 years back. Well, that explains Kohinoor’s birthplace. By the way, in case you are curious, it was mined in a place called Guntur in Andhra Pradesh. It weighs 105.60 carat.

The Colors D, E and F

Though the highest grades of diamond come in color D, there is no known difference in the colors of D, E and F. So, what are the measurements of grading there. The experts go by the transparency of the stones to label them D, E or F. In that particular order, D is the most transparent while F is the least.