An Explanatory Commentary in the Diamond Clarity Scale

Imperfections are common to diamonds as to us humans. Almost each one of us is born with a birthmark, and so do diamonds. Under extreme and inimical geological conditions caused by pressure and heat, even the most precious stones catch a mark or two, which, in the laboratories, come to be recognized as inclusions. Much has to be understood on the topic of inclusions and clarity of diamonds, if you want to proof your purchase from any precarious outcomes. As a buyer, one should know about the measures and values of clarity that are designed and standardized by GIA which is the world’s most trusted gemological institute. 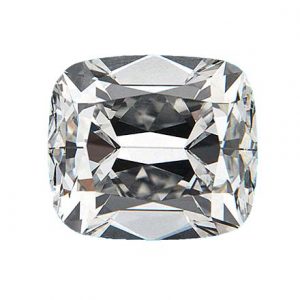 Any discussion on the clarity of diamonds should open and end with the GIA authorized scale of clarity. The laboratory uses an explanatory chart to grade each piece of stone that are sent to them for gradation. The graph is divided into 6 segments, each determining the degree of inclusion in the stones.

FL or Flawless: On the top is FL which ensnares the best and rarest variety of stones. Every 1 in 5000 diamonds considered jewelry standard is rated flawless. The FL stones have no inclusions at all. In some of them, blemishes can be spotted only when magnified 10 times, which is as less as absent.

IF or Internally Flawless: It is safe to say that the stones graded IF have no inclusions, but blemishes they have, visible only under 10x magnification. Stones from FL to IF are visually identical even to expert eyes without 10 times magnification. The percentage of stones among jewelry diamonds that are rated IF is a meagre 3%.

VVS or Very Very Slightly Included: From this point on, all stones up to grade I come with minor to major inclusions. At this stage, it still requires 10 fold magnification to spot inclusions. VVS rating is divided into VVS1 and 2 to separate the sites of inclusion. In the former, flaws are possible to view from the pavilion only as for the latter, they can be seen through the crown as well.

VS or Very Slightly Included: Same as VVS, VS is also classified into 1 and 2. Inclusions in VS grade stones have inclusions hardly visible. The marks are so near-impossible to spot with bare eyes that not more than 1 out of every 100 untrained observers are able to detect them.

SI or Slightly Included: SI1 diamonds have flaws invisible to bare eyes while SI2 give away the scars on close inspection. However, the prices do not drop markedly unless you settle for stones lesser than SI, which takes us to the last grade.

I or Included: The last in the rank is I which is divided into I1, 2 and 3. They have prominent flaws which are visible to bare eyes. The inclusions in some cases weaken the structural integrity of the stones. These diamonds have a shorter life as compared to those belonging to the upper rungs. Inclusions of this measure even affect the brilliance and transparency of the stones.