Every Diamond Comes With A Tale 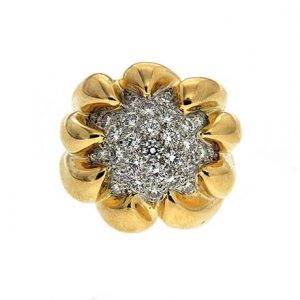 Diamonds are the sparkling stones that appeal to every woman. No wonder it is known as a girl’s best friend. Sure, you just cannot think of any other gem stone when there is an engagement, an anniversary or a wedding in the offing. The celebs are often shown flaunting the exquisite rock on their ring finger. No matter, if it happens to be a Princess cut, a heart shaped engagement ring. The point is made! However, there is often a story connected to the diamonds and it is not simply about the journey of the humble lump of coal that is transformed dramatically into a handful of loose diamonds after the passage of billions of years.

The story denotes a love affair that has a fairy tale ending or a sentimental sage about a priceless heirloom left to the most befitting member of the family from generation to generation. Everyone enjoys a good story and learning about the much hyped diamonds is something the world looks forward to. From a simple love and inheritance woes to murder being committed for a fabled sparkler, the stories behind every diamond is different indeed. There are superstitions galore when it comes to the ever popular Hope diamond that supposedly carries a curse.

The sentimental lore about an honest fisherman being offered three common spoons in exchange for the huge 84 carat diamond in Turkey still finds many soft hearted women with tears in their eyes. The Orlov diamond owned by Catherine the Great did not give her suitor any peace and he died alone and heartbroken soon after he gifted her rock. The fables connected with the Kohinoor diamond are numerous though and the British Monarch received it from India. Some say it had been stolen but the truth lies buried behind the stories that are much more delightful than hard facts. Richard Burton gifted the Taylor-Burton diamond to his lady love Elizabeth Taylor in 1967. The love was rocky and eventually ended in a divorce while the diamond was sold in order to build a hospital in Africa.

The stories are certainly not true but superstition and belief rule as always. The value of a cushion cut engagement ring may go up tremendously on basis of a cooked up lore that foretells love. Indeed the stories of a solitaire engagement ring representing commitment and love is now believed to be a just a clever marketing ploy employed by De Beers, the leading diamond company.