Diamond Cuts: The Ones You Didn’t Know About 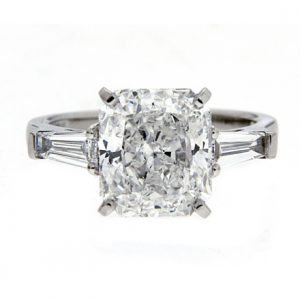 The third of the 4 Cs of diamonds is its cut. How a stone sparkles and how much it does depend largely on its cut. Now almost all cuts have multi-facet chipping and that is how the shimmer is maximized. But, if you look closely, each cut is unique, distinctly different from another. The cuts of diamonds in fact make an interesting study. If you have only known the basic shapes of diamonds, then you have a lot to know. The most popular ones that are often used in jewels and advertised to be superior than others are the princess cut, round cut and the emerald cut. Now, let’s see what other shapes diamonds are chiseled into.

Cushion Cut: The cushion cut is plainly a square cut with smoothened corners. Think of a throw pillow. That is where it got its shapes from and named accordingly. It enjoyed undisputed popularity in the first hundred years of its existence.

Asscher Cut: This one is slowly rising up to be a very popular one among others. A product of the globally recognized Asscher brothers, this one closely resembles an emerald cut, only perfected with a petite table and broader steps.

Oval Cut: Oval cut diamonds are only improvements made to the brilliant cut stones. The cut reveals a certain fire in the stones in terms of reflectivity. An added advantage of the oval shape is that the stone appears bigger than a perfect round or princess-cut.

Marquise Cut: This one resembles the shape of an American football. The elongated silhouette leads to the illusion of a bigger size. It is long and a little narrow, and that leaves for a lot of surface area, probably the largest among the top ten cuts.

Pear Cut: The pear shape is essentially a blend of marquise and round shapes. It has a tapered point tip which faces north or south as the design demands. It is the symmetry which is the key feature of this cut. The stones in this cut are shaped in a fashion to align the tip with the rounded side which requires precise measuring. This cut is uniform and resembles the basic outline of a pear too.

Radiant Cut: It is rectangular, the first ever with a particularly brilliant facet pattern. The shape uses the same cutting pattern in both the pavilion and the crown. Radiant cut is said to be the middle where a princess and cushion cut meet.

Search for your Diamond Cut here