Colored Gems That Make Most Sense in Engagement Rings

Buyers these days often move away from the traditional avenues to design their rings. Customization has allowed them to bring in new ideas and build their own ornaments from scratch. Taking advantage of that, people are infusing new ideas and concepts into their ornaments making them as original and close to their vision of perfection as possible. In engagement rings, the jewelers are witnessing a clear shift from clear ones towards colored stones. Colored gems are one of the most dominant choices in engagement rings at this point. Although it’s not something most people dare to venture into, but quite a few buyers have already walked that path with happy faces.

Here are some fancy colored stones that people have shown interest in for using in engagement rings and what they symbolically mean. 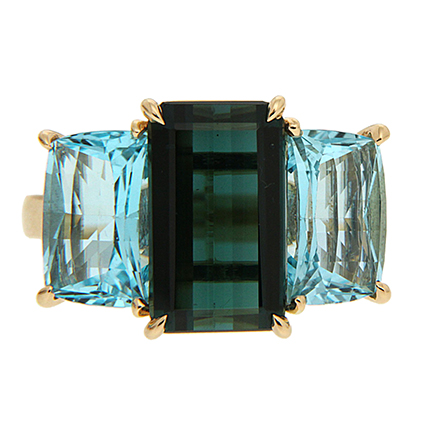 Purple Amethyst: Purple amethysts are, in a word, gorgeous; the dark purple hue exudes a hint of mystery while creating a sharp contrast with the band metals. In ancient times, Romans and Greeks believed that the stone had prophylactic powers to drive away evil. It bestowed the wearers with wit and presence of mind. In addition to that, it also brings a certain peace of mind. For your lovely bride, a purple amethyst ring is a great way to keep your relationship grounded and free from contention. Besides being stylish, it is the key to a perfectly happy marriage.

Blue Topaz: Blue sapphire is phenomenally popular, but blue topaz is not far behind. Wearing the color of the ocean, blue topazes are an eyeful. The gemstone believed to hold in itself, protective and healing powers, topaz is also great aid to balance emotions and relieve tensions. It brings joy and contentment into the heart of the wearer. So, putting a blue topaz on an engagement ring is not just a great way of refreshing the aesthetics, but also warding off negative energy from your relationship.