Colored Diamonds from South Africa That Will Wow You

Colorless diamonds are the most prized version of crystalized carbon that is found on earth. As much as that is true, some colored diamonds are loved by the people with equal intensity, so much so that some even enjoy greater attention and admiration that the achromatic ones. So, if you thought that quintessential colorless diamond is as best as diamonds get, then here are some specimens that will turn that fact on its head. Let’s take a look at some colored diamonds that have come to us from the local mines of South Africa that are extraordinary and mesmerizing to say the least. 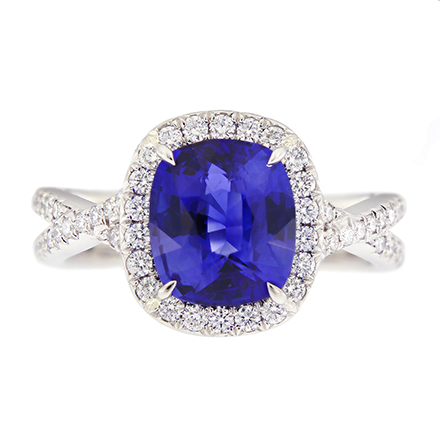 Heart of Eternity Arguably one of the most stunning diamonds ever found on this planet, the Heart of Eternity is also officially dubbed as one of the crowning blue diamonds at this time. Extremely rare and belonging to a family of extraordinary blue diamonds, this one reflects a vivid blue that is scanty in nature itself. Found in the Premier Diamond Mine, this remarkable chunk of blue is 27.64 carat in size and is now a property of an unnamed private collector. Golden Jubilee A diamond brighter than all the stars in heaven habits in the blue planet that we call home. Sounds like an overstatement to you? Not when you cast a glance that the Golden Jubilee, a 545.67 carat brown diamond which has fire so bright and color so rich that it easily eclipses all treasures and riches on earth. Mined in South Africa in the Primer Mine, this one was shaped into a cushion cut. For its size and beauty, the Golden Jubilee is still one of the largest faceted diamonds that we know of. Kazanjian Red Diamond Not many of us know that diamonds also occur in rarer colors like red and emerald. The Kazanjian Red Diamond is a fine example of the many extraordinary and unknown colors in which diamond occur in the core of the earth. Bright red in color and about the size of 5 carat, the Kazanjian Red Diamond was found in 927 in South Africa. It is dubbed as the second largest diamond of its color to be ever mined. This however is not the end of the list. If you are curious to learn about the others, look up the Cullinan Diamond, the Sun of Africa, the Oppenheimer and the Star of Josephine.