A Chronicle of Diamond as the Birthstone of April 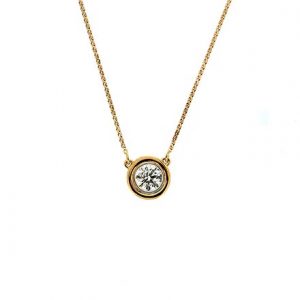 Natural diamonds make for a unique and ultimate gift for loved ones. The diamond is regarded as the traditional birthstone for the month of April. Hence, it holds significant connotation for those individuals born in this month. Diamond is believed to offer the wearer a boost in inner strength and provide them with better and rewarding relationships.
Wearing diamonds is claimed to draw together numerous benefits including abundance, clarity, and balance. Diamond also symbolizes eternal loves and individuals fortunate to declare April as their month of birth would love to acquaint them and unearth the history behind this precious gemstone.

Diamond: Undoubtedly the Most Popular Gemstone
Coming in a wide variety of colors, diamond received its moniker from the Greek work ‘adamas’, implying ‘invincible’. Diamond is also one of the hardest substances found on earth. This gemstone has been enjoying infallible popularity all over the world for its radiance and brilliance.

Origin of Birthstones
It is uncertain how each specific month became associated with various gemstones. However, it is speculated that the origin of the concept of birthstone dates back to the biblical times. Twelve assorted colored gemstones decorated the breastplate of a priest. As time went on, these twelve gemstones got connected with the zodiac signs and the corresponding months related to it.
This initiated the practice of wearing gemstones for each corresponding month as good luck charms. Believing that each gemstone held particular magical powers for the person born in any given month, people gradually started to wear particular stones associated with their own birth month for an entire year.  In 1912, a list dedicating various gemstones to different months was designed by the American National Association of Jewelers. It was once considered as controversial for its commercialism is presently accepted widely as the official list of birthstones.

Diamond as the April Birthstone
People as far back as 400 B.C. associated significant fascination and value with crystals. There is research dating back to 15th century that diamond trading business flourished across the eastern trade routes. Ancient theories attribute magical powers to diamond. The middle ages saw diamond as a source of healing power that can cure many ailments, provide clarity and balance, and boost energy.
The diamond is undeniably the most coveted gemstone to date. Regarded as the ‘King of all Birthstones’, it definitely makes an ideal choice for an April birthday surprise that’ll surprise and flatter your loved one.