Celebs Who Wore a Pear-Cut Diamond on Their Engagement Rings

In recent times, celebs who have got engaged have exhibited bias towards a particular cut of diamond, which also for the same reason is trending high at the moment. It is the pear cut. We have come to witness some spectacular engagement rings lately, and quite a few of them included gems of this vintage-looking, super-classy cut. That has led us to believe that pear-cut diamonds are going to rule the engagement section this year, and the following events have delivered well to that belief. Let’s take a look at some stunning engagement rings that have been seen lately to carry shimmering pear-cut rocks as part of the adornment. 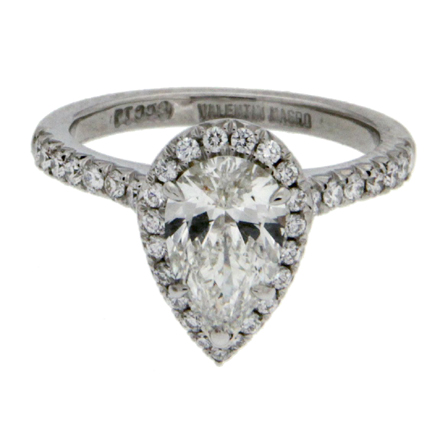 Ariana Grande’s Tear-Drop Diamond
If you think about it, it was Ariana who debuted this pear-cut engagement ring and others followed suite. The sensational singer announced her engagement to comedian Pete Davidson with a grand engagement ring that wore a sparkling teardrop-shaped rock at the center. The news along with the ring went instantly viral on the Internet. Replicas are already available in the market at reasonable prices.

Paris Hilton’s Supersize Pear-Cut Rock
The next ring that caught our attention and had us at the very first glance is Paris Hilton’s 20 carat pear-cut diamond engagement ring. That ring was a marvel not just because of the gigantic gem, but it’s overall cosmetic. However, the $2 million ring from fiancé Chris Zylka that became a media sensation for a long time got misplaced and is now lost.

Cardi B’s Ornate Sparkler
Cardi B is known for making fashion statements with her very unconventional style. Recently, she got engaged, and now secretly married to rapper Offset. The ring Offset proposed to Cardi with carries a stunning 8 carat pear-cut diamond with a blazing halo and sparkling accents. The ring is a bedazzling piece of jewelry. The rock, together with the ornate design make it instantly one of the most elegant engagement baubles of all time.

Other celebs with pear-cut stones on their engagement rings are Kaley Cuoco of the Big Bang Theory, Victoria Beckham and Zoe Saldana.