Engagement rings take on a whole different meaning when it comes to celebrities. Rarely has a celebrity engagement ring got anything less than a wow from the people. There has hardly been any woman with love for jewelry who hasn’t swooned for some celebrity engagement ring. Why wouldn’t they when the rings are some of the Hollywood’s finest. Here is a list of 5 of the most iconic engagement rings ever. Be prepared to be totally knocked out, because while alone they can make you speechless, together, they will have a much greater impact. 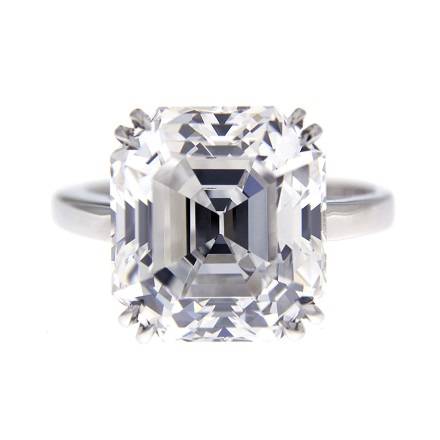 Meghan Markel’s Royal Engagement Ring
Meghan Markel  and Prince Harry of Great Britain announced their engagement with a stunning sparkler on her ring finger. The now wife of the younger son of Princess Diana has had her engagement artefact on her finger since the day of the event. The ring, a custom-made yellow gold diamond solitaire is quite an eyeful. Estimated to be worth $150, 000, the ring carries a 4 carat diamond cushion-cut diamond which was mined in Botswana. The side stones used to adorn the ring are from Prince Harry’s mother, Lady Diana’s personal collection.

Elizabeth Taylor’s Asscher-Cut Ring
Elizabeth Taylor had been married quite a few times, and each time, her engagement rings have got her fans going ga-ga. However, the one that she got from her former husband, actor, Richard Burton went to be recognized as one of the most iconic celebrity engagement rings of all time. Worth about $8.8 million, the most striking thing about the ring was the 33 carat Krupp diamond

Mariah Carey’s Rock-Size Ring
Mariah Carey’s engagement got called off in an unfortunate turn of event, but the engagement ring earned more than a lifetime of attention. The platinum ring carried a 35 carat emerald-cut diamond which was worth $10 million. In addition to that, it had two baguette diamonds that flanked the center stone.

Beyonce’s Swoon-Worthy Sparkler
Beyonce’s engagement to her now husband Jay Z was a much publicized affair. Her $5 million engagement ring was no stranger to attention either. The marvelous ring features a 19 carat diamond set on a split platinum band.