The sparkler on top is not the only feature that allures eyes to a solitaire ring. There are several other, subtle, yet significant details that come together to give the ring it’s delicate and sophisticated feel. The band is one of them. Even though it is not the first thing to steal the notice of the buyers, the attention eventually comes to it. To give the regular solitaire rings a little twists, jewelers have recently introduced some spectacular band designs in the contemporary catalogue. Ahead, you will read about a few significant ones that buyers have collectively come to adore. 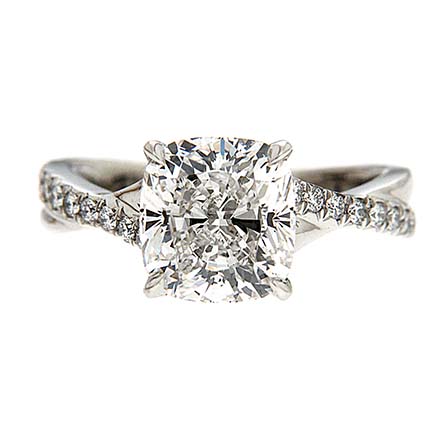 Prong-Set Twisted Shoulder Band
This one appeared first among the descriptions for a reason. Of the many complex band designs that saw the light of day, this one held the interest of the buyers for the longest. A minimal design with a little twist, this ring is an instant show stealer because of its distinctive look. The ring features a large diamond that is set at the center with prong holdings. The band shoulders meet the center while splitting into two and overriding one another in a cross section. As far as simplicity goes, the rest of the band shows no departure from it. The two threads unite along the rest of the circle to form the band. 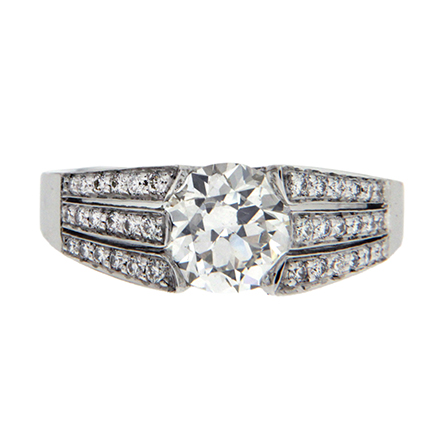 Pressure-Set Curvy Band
You may have come across this particular design, given its phenomenal popularity among the contemporary section. This one owes to the spectacular imagination of the jeweler. Instead of having the two ends of the band meet at the center on both sides of the center stone, this one goes over the top and under to secure the stone in a pressure setting. The ends are tightly pressed together to create a secure hold for the stone. No prongs or additional clips are used to hold the stone in place. 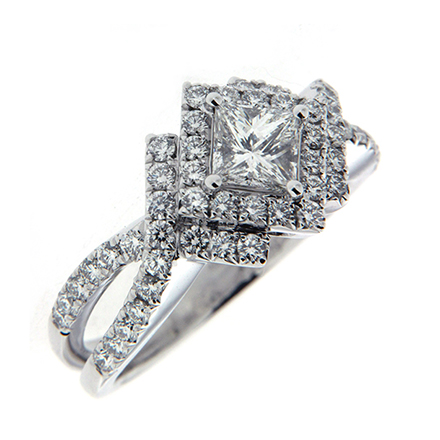 Cathedral-Set Intertwined Band
Another perfectly minimal design is the cathedral-set intertwined band. The cathedral setting which is a match made in heaven for princess cut diamonds makes the most opportune selection for this design. The band is stripped into two strands that keep crossing one another all along the circle of the ring finally twisting around the stone to merge into the cathedral setting. The beauty of the band is how it perfectly tapers and blends into the four tongs of the setting upholding the stone in a perfect elevation.