Baguette Diamonds – What You Didn’t Know

Baguette diamonds were up for a sweet success the moment they were put on the shelves. The pretty little steps on the side, the mirror-like illusion, the scintillation, the fire, the polished shape and everything put together, baguette diamonds are just spectacular. If you don’t know the particular cut that’s called baguette, it is the one with squared-off corners. Until recently, designers were a little unsure about placing baguette diamonds in jewelry. That’s why, they were mostly used as accent and side stones in halo settings. As the popularity of these stones sore, the stones started to find a center place in rings, necklaces, bracelets and other pieces. 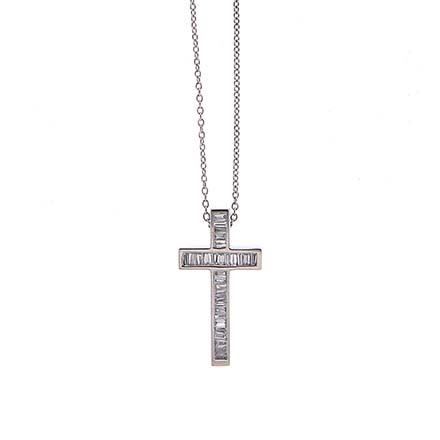 A Closer Look at the Baguette Cut
Despite the many steps and sides, a baguette cut only has 14 facets. It is one of the cuts that has the lowest facet count and maximum brilliance. The baguette is essentially a long, square shape with bunt corners. Its long shape is advantageous in placement in thin and skinny ring bands. Though smaller baguette still finds use as accents, larger baguettes have moved to the center stage gradually curving its identity as a solitaire stone.

Baguette- the Soul of Vintage Jewelry
Many of you may not know this, but baguettes indeed are the essence of vintage-inspired jewelry. They embody the feel of antiquity that only a few other cuts replicate so accurately. Harry Winston and the likes often turn to baguettes when designing vintage bling. The tapered baguette in particular works best for designing estate- inspired jewelry. It has an angular center which adds a sharpness to the entire shape. With the right kind of diamond that has high clarity and right color grades, a baguette cut diamond can whip up the similar kind of magic as higher-grade cuts like round and princess. 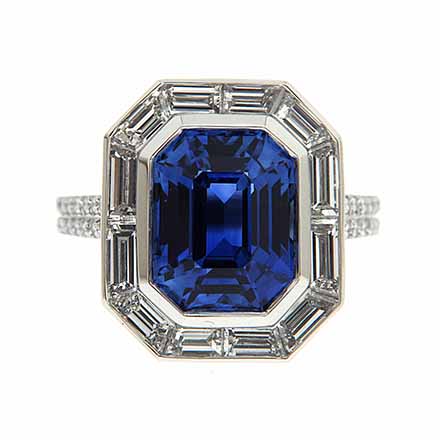 Baguette and Ballet Setting
Baguette and ballet go together like trees and fall colors. The two complement each other in a way that it seems that they were made for one another. Ballet setting is a technique in which baguette cut stones are arranged around a center gemstone to resemble a daisy. Ballet setting is also called flower setting for its effect. If you like this cut, then get your jewelry customized with just the two. Make sure you ask specifically for the tapered baguettes because those create a dynamic effect.