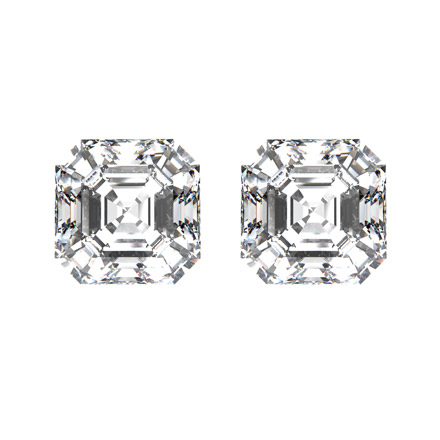 Ideal Asscher cut loose diamonds should be of ‘Good’ cut, with a color of ‘G’, a clarity of SI2, a table between fifty-four and sixty-three percent, and a depth percentage of sixty-four to seventy-two percent. At home, you have the option of visiting different online retailers, taking your time to compare settings, sizes and styles to ensure that you’re happy with your decision. There’s every reason in the world to choose Asscher cut diamonds for your rings and other jewelry.