Things you didn’t know about Diamonds

Despite years of scientific probes and examinations, diamonds have remained a mysterious substance in the eyes of most. There are so many things unanswered about this gem that gemologists still can’t confidently say that everything about it is known to us. To thicken the mystery and make things a notch more intriguing, here are some little known facts about diamonds. These little factoids have captivated the hearts of thousands of people for years. Let’s find out what they are. 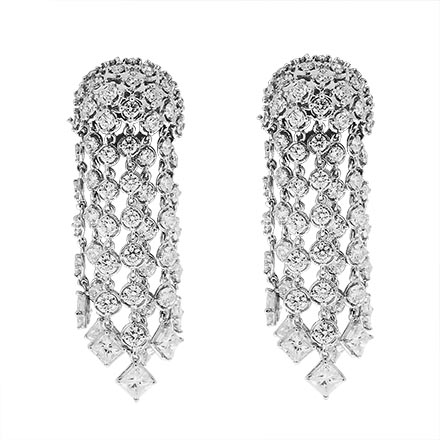 The Flame of a Candle Contains Countless Diamond Particles
You are probably thinking that this is total nonsense. Well, hear it out before you skip to the next point. Poets have often compared fire of a candle to the sparkling effect of a diamond. Now a chemistry professor at the University of St. Andrews has published a paper that establishes that a candle flame has about 1.5 million micro particles of diamond. So, if you are considering proposing over a candlelight dinner, you are on the right track.

Immortalizing Loved Ones by Turning Ash to Diamonds
Scientists have found a way to turn human ash into diamonds. A certain company currently offer this service, in which they claim to turn the remains of a departed family member into a small chunk of diamond through compression. The process involves mimicking the natural process of diamond formation in a lab environment.

Early On Diamonds Weren’t Mined
How do you think man came upon diamonds so early in time? They didn’t always have sophisticated tools of exploitation. Then how did they extract diamonds in the early centuries. Before heavy mining equipment came into being, people used to pick diamonds from the bottom of rivers. The pebbles that wash up on the banks were filtered to sort out diamonds from among them.

A 15 Year Old Boy Found the Eureka Diamond
The Eureka Diamond, a 21.25 carat rough diamond which shot to fame for its gorgeous aesthetics was originally found and not mined. What’s surprising further is that it was a boy about 15 years of age called Erasmus Stephanus who found the stone in 1867 on the banks of the Orange River in Hopetown. After cutting and polishing, the stone today weighs 10.73 carats.

There Is a Diamond Star Called Lucy
In the year 2007, astrophysicists of the Harvard-Smithsonian Center revealed that a star named Lucy some 50 lightyears away from our planet is a 10 billion trillion trillion carat reserve of diamond.